"Natural gas is cleaner than gasoline and a cleaner fuel to power electric vehicles."

Freshman Congresswoman Alexandria Ocasio-Cortez has gotten much attention by proposing a Green New Deal, a far-ranging proposal to shift the U.S. economy away from fossil fuels over the next decade while somehow creating millions of good-paying jobs. 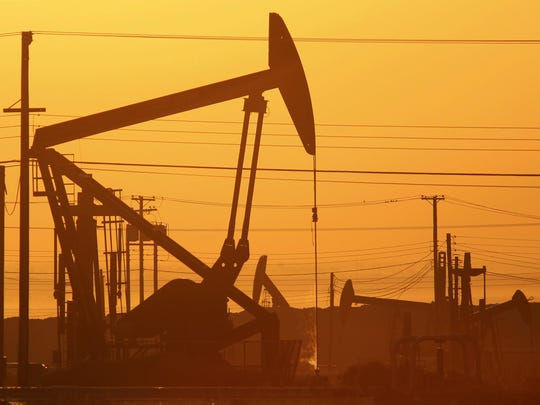 Her plan amounts to turning success into failure by ignoring the vast economic and environmental benefits natural gas has provided to America in the past decade — and the opportunity to multiply these benefits in the decade ahead.

Simply put, the economic and environmental benefits of natural gas are proven. The Green New Deal is hypothetical at best, and most likely reckless.

The benefits from expanded use of natural gas include the following.

Good paying, secure middle-class jobs. According to the National Bureau of Economic Research, 4.6 million jobs have been created from the shale boom. More will be generated as production rises and steps are taken to increase liquefied natural gas exports worldwide.

LNG not only replaces dirty coal plants. It brings electricity to many places of the world that did not have it and were relying on burning dung or brush, both very unhealthy and high-polluting activities. Natural gas is cleaner than gasoline and a cleaner fuel to power electric vehicles.

Close to home, America’s neighbors in the Caribbean have begun to benefit from using LNG and should accelerate use of this clean, low-cost fuel. It is ironic that many countries in this picturesque region still receive much of their electricity from highly toxic oil.

According to the Energy Information Administration, 47 percent of Puerto Rico’s electricity is from petroleum, which keeps Puerto Rican power prices higher than those of any state, except Alaska and Hawaii. By contrast, the United States gets less than 1 percent of its electricity from oil. Even oil-rich countries shun using oil for electricity.

According to the International Energy Agency, Haiti, Cuba, the Dominican Republic, Nicaragua and El Salvador all receive at least 40 percent of their electricity from oil.

This has severe consequences, as the International Monetary Fund found in a 2016 report: “The cost of electricity in the Caribbean has been persistently high over the past two decades and has eroded competitiveness. This is largely due to serious inefficiencies in the power sector and dependence on expensive imported petroleum products.”

The push toward greater U.S. use of natural gas and LNG export creates a win-win for U.S. and overseas businesses, as well as for our respective economies and environments.

At best, this remains to be seen with the Green New Deal.

Paul Steidler is a senior fellow with the Lexington Institute, a public policy think tank in Arlington, Virginia. He wrote this for InsideSources.com.