Fournier: Jon Wolman was one of the most powerful people you'll never know

Ron Fournier, who worked with Wolman at the AP, said he was a great leader with an eye for talent and a head for poltiics

Fournier: Jon Wolman was one of the most powerful people you'll never know 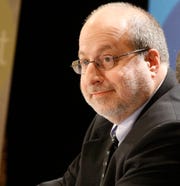 It was easy to overlook and underestimate Jon Wolman — especially in a place like Washington, where the smallest of people ride their large egos and loud voices to the top.

Even in a city like Detroit, which Jon twice called home, my unassuming friend never commanded a room like Dan Gilbert or gathered power like Mike Duggan. He was an enigma — a quiet, unassuming man in an era of self-flattering celebrity.

Jon was one of the most powerful people you’ll never really know. The editor and publisher of The Detroit News since 2007, Jon began his career in his home state of Wisconsin and then moved to Detroit, where he worked for The Associated Press from 1973-75.

I met him two decades later, after Jon had risen through the ranks of our beloved AP to command the staff in Washington, the largest bureau in one of the world’s oldest and largest news organizations. 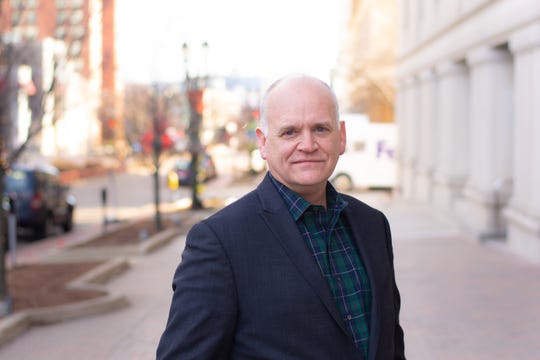 The first thing you noticed about Jon was his methodical approach to a conversation. In a city of fast-talkers, Jon plodded. He took long pauses and mumbled, often so softly that a room of editors and reporters would bend in unison, like reeds in the wind, to better hear their boss.

Finley: Jon Wolman gave journalism his all right till the end

Jon didn’t speak as much in full paragraphs as he did in bottom lines and lessons:
“Anybody can win a presidential race. The hard part is winning a presidential nomination.”

“There is no such thing as a coincidence.”

He challenged his reporters and editors to question conventional wisdom (“It’s usually wrong”) and to distrust our own assumptions (“They’re always wrong”). His advice to political writers: “Go to the airport. Get out of Washington.”

He was a great teacher. During the 1992 Democratic convention, one of his editors told me to write a story about Bill Clinton’s record as governor of Arkansas, where I had worked covering Clinton since the mid-1980s. I quickly produced 800 words that marshaled the talking points of Clinton’s friends and foes, but the piece lacked context and analysis and depth — the air Jon breathed.

Holding a printed copy of my story in his meaty right hand, Jon waved me to his desk and softly asked, “What kind of governor was he?”

"Look around this room, Ron.” Jon pointed to the nearly 200 journalists dispatched to New York from AP bureaus across the country. “Why do you think we brought you here?”

“Because I cover Clinton?”

“Exactly,” Jon said. “What kind of governor was he?”

Put on the spot, I stammered something like this: While Arkansas improved during his five terms, Clinton fell short of his enormous potential and promise. Jon nodded his head and said, “Write that story, please.” 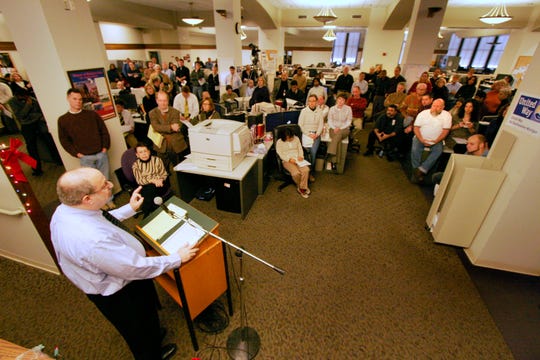 Jon was a great leader. I sat elbow-to-elbow with him during the long night of the 2000 election, when his successor as Washington bureau chief, Sandy Johnson, refused to call the election for George W. Bush. It was the right call. It was a gutsy call. And it was possible not only because Sandy and her team did their jobs so well, but because Jon let them.

He had just been named Executive Editor in New York, the highest-ranking journalist in the company. Rather than second-guess or micromanage the bureau he once led, Jon trusted his team enough to keep a low profile in the Washington newsroom that night. He edited copy.

Jon was a homebody. While most other media leaders spent their evenings in bars and dinner parties, Jon stayed late at work or headed home to his family. He was never much of a schmoozer. Small talk bored him. He liked to talk politics, plot news coverage, anticipate the next news cycle, and help put his reporters in positions to break news. He loved to compete. He loved winning. But he was quiet about it.

Jon had an eye for talent. He didn’t care where we went to college, and I’m not sure he ever looked at our resumes. But if you were lucky enough to be hired by Jon, it was because he heard you could write fast, think critically, and dig out information that powerful people wanted kept secret.

Speaking of power, Jon had it. For years, he was one of the most influential people in Washington. When AP reporters discovered stories that involved sensitive national security information, the White House or CIA would call Jon and try to curb or kill it. Jon would listen, consult with his team, and carefully balance the public’s right to know against the dangers of the public knowing too much.

Government officials had no doubt about Jon’s bias: Publish.

Jonathan Wolman, right, editor and publisher of The Detroit News, speaks with Dr. Mark Schlissel, president of the University of Michigan, during a Detroit Economic Club luncheon on September 5, 2018. (Photo: Max Ortiz, The Detroit News)

When top aides to presidents and prime ministers wanted to talk to the one person in Washington who shaped coverage for every TV station, radio station and newspaper in the country, they would call Jon. He often didn’t call back. He’d refer them to one of his reporters or editors, because Jon never undercut us.

Jon believed that news coverage, like leadership and life, wasn’t about him. It was a team effort.

And because of that principle, Jon quietly wielded his power. Few people knew him in Washington. Fewer people really understood him. I suspect the same is true for his time in Detroit, so I write to tell you that Jon was a good man, a great friend, a legendary newsman who dedicated his professional life to informing the public and holding our leaders accountable.

I wish you had known him.

Ron Fournier is president of Truscott-Rossman, a public relations firm based in Detroit, Lansing and Grand Rapids. A Detroit native, he worked for The Associated Press for nearly 20 years, covering the White House and national political campaigns. For five of those years, Jon Wolman was his bureau chief.