"Buttigieg’s remarks confuse freedom with the power to do or to have whatever one desires." 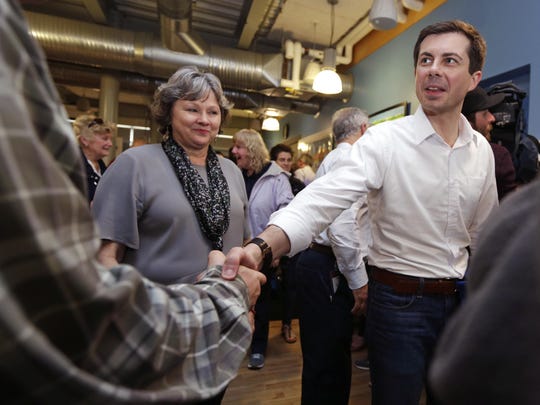 “First comes freedom,” said Pete Buttigieg while announcing his candidacy for the Democratic nomination for president on April 14.

Putting freedom first among his principles — freedom, security, democracy — was a promising start by the South Bend, Indiana mayor for voters like me, to whom the preservation of freedom is the most important political value and the first duty of government. However, Buttigieg then went on to show he is utterly confused — or worse, deliberately misleading the public — about the meaning of “freedom.”

Buttigieg’s remarks confuse freedom, the absence of coercive restraint, which is a political value, with freedom as the power to do or to have whatever one desires. The first kind of freedom is sometimes called “negative freedom,” because it prevents your neighbor or government from forcing you to do something against your will. The second kind of freedom, sometimes called “positive freedom,” is human action, which is limited by individual ability and circumstances.

“I like talking about systems and structures, philosophies and theories,” said Buttigieg.

Of course, it is good that he is interested in exploring ideas to improve society. Hopefully he will explore notions outside of the progressive agenda, which currently centers upon U.S. Rep. Alexandria Ocasio-Cortez’s, D-N.Y., Green New Deal. However, if Buttigieg continues to limit his thinking to leftist ideology, his policy prescriptions will be severely deficient and downright dangerous.

A more encompassing view of freedom can be found in The Human Freedom Index (HFI), authored by Ian Vásquez and Tanja Porčnik. The HFI is an expansion of the Economic Freedom of the World report. The economic freedom report uses indicators such as tax rates, regulations, and intellectual property protections to determine what makes freer economies more prosperous than others. The HFI analyzes data to rank countries on a freedom spectrum.

“Your freedom depends on a lot more than just the size of your government,” said Buttigieg. The HFI authors likely agree. In recent years, they have increased the measures used in their report to include personal and civil freedoms.

The 2018 Human Freedom Index ranks 162 countries. New Zealand was the freest country, while the United States ranked 17th. The top quarter of free countries have an average per capita income of $39,249, whereas incomes in the least-free quarter average $12,026.

The freest countries have governments founded on classical liberal, also called “conservative,” principles. The least free countries include all of the avowedly socialist countries.

Joe Barnett is a research fellow with the Heartland Institute.