"All I can tell you right now is that I hope this journey has a happy ending. If medicine, faith, and prayers work as designed, it will." 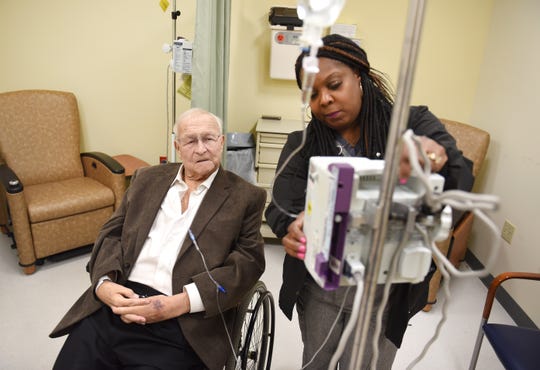 Oakland County Executive L. Brooks Patterson was diagnosed with Stage 4 pancreatic cancer earlier this year, and announced he would not seek election to an eighth term next fall. This is the first of periodic columns Patterson will write about his battle with the disease.

I turned 80 years old in January and thought it was clear coasting after that. I had managed to escape the illnesses that had claimed friends of mine: Alzheimer’s, Lou Gehrig’s, diabetes. The only thing holding me back now was the wind in my face.

Then a funny thing happened on the way to the theater. I mean the Twilight Theater, which is a children’s troupe in Waterford. My grandson Brooks (named for his mother’s brother who was killed in that awful accident in 2012) has developed into quite the thespian. And I, the dutiful grandfather, wouldn’t miss a play. To be honest about it, they are actually quite good.

On my way over to the Twilight that afternoon I started to develop a stomach ache. Didn’t say anything to anybody. Eighty years old and you’ve got a tummy ache, how would that sound? The pain kept getting worse. Eventually I could not conceal it as I doubled over in the front seat and my driver asked, “What’s the matter?” I explained about the ache as we continued to drive.

Never made it that Sunday afternoon. The pain became so intense that we made a U-turn back home, then skipped stopping at my house and went directly to the hospital.

McLaren Hospital ER diagnosed it as pancreatitis, gave me some pain medicine and sent me on my way. They called me back, however, when they noticed something disturbing on the X-ray. And that’s how I discovered that I had cancer. Not just any cancer, but the dreaded death sentence, “Stage 4, inoperable, pancreatic cancer.”

When my oncologist dropped that bomb on me on March 4, I did not scream, I did not cry, I did not stomp my feet. I needed a drink. But these modern hospitals have everything except a lounge.

Dr. Philip Phillips is the much renowned oncologist that fortunately I was able to acquire as my doctor. During the first half hour of the appointment, Dr. Phillips explained the downside of the cancer that I had contracted.

I asked the first question that most patients ask their oncologists: “How much time do I have?” He looked at the heavens, spread out his palms, and said, “I don’t know, it’s all in God’s hands.” To which I couldn’t resist saying, “What, you’ve turned my health records over to Nancy Pelosi?”

Dr. Phillips' response was not unanticipated: He laughed and said, “That’s exactly what I want to see; we are going to win this one because of the attitude you just showed me. You’ve got the right attitude and you aren’t intimidated by this disease, and attitude is everything.”

Round 2 is probably one of the most difficult days in this journey. You’ve got to tell your family. You don’t want to overstate it. You don't want to engage in a false bravado and understate it. Your family has a right to know that your days are numbered so they in turn can rearrange their schedules to spend as much time with you as possible. 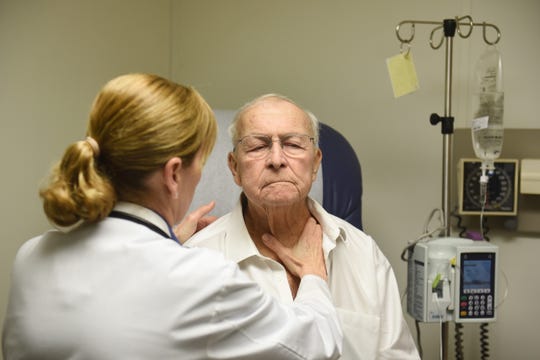 And you with them. I told my son Dayne and my son-in-law Gary first, then their wives, and then ultimately their mother, my ex-wife — don’t be fooled by that pernicious title; Kathy and I are still very good friends and she took the news hard.

Should anybody else reading these Detroit News columns have the misfortune of following in my footsteps, you soon will find out there are various forms of cancer and various treatments. Mine is not operable, so it took a huge option off the table. Basically, after a couple of days of studying my case, Dr. Phillips recommended a course of chemo.

Let me tell you about “chemo.”

Chemo is not a harmless home remedy concocted by your grandma. You sit there for three or four hours in the doctor’s office while this poison goes drip, drip, drip into your system. I remember walking into the hallway after one of my treatments and saying to the nurse, “Is my doctor here?” And she yelled, “Which?” I said, “No, the oncologist.”

I think she missed my attempt at humor. 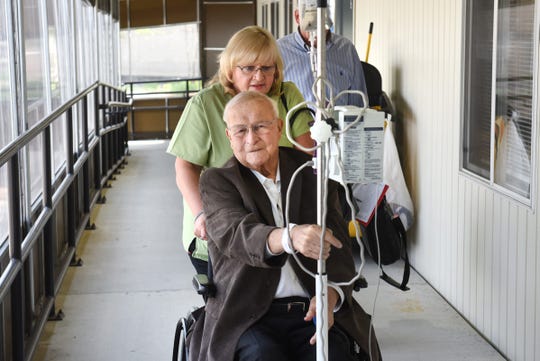 Oakland County Executive L. Brooks Patterson pushes his IV pole as he is wheeled down a corridor heading for his evaluation for cancer treatment assisted by Patricia O'Brien at the Karmanos Cancer Institute in Farmington Hills. (Photo: Max Ortiz, The Detroit News)

You put poison into your system, your hair falls out, you paralyze yourself for a minimum of five days, and then the “witch” doctor says you can’t have any alcohol. Who says cancer is not a tough disease?

All I can tell you right now is that I hope this journey has a happy ending. If medicine, faith and prayers work as designed, it will.

L. Brooks Patterson is the executive of Oakland County.