Opinion: The dangers of creeping toward socialism

As politicians on the left increasingly invoke faith on behalf of their agenda, they are simultaneously becoming more radical in their politics.

Opinion: The dangers of creeping toward socialism

The mayor of South Bend and 2020 presidential hopeful said in an April 23 CNN-sponsored town hall meeting in New Hampshire that, “God does not have a political party,” yet in an even more recent interview on NBC’s Today Show he said that if God did have a political affiliation it wouldn’t, “be the one that sent the current president into the White House.” Once again the God in whom we live, move and have our being is being co-opted in the service of political ideology. 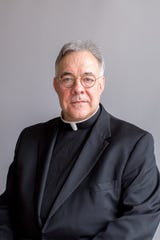 As politicians on the left increasingly invoke faith on behalf of their agenda, they are simultaneously becoming more radical in their politics. Sen. Bernie Sanders, who had led in the polls until the entry of former vice president Joe Biden in the presidential race, is a proud socialist. Sen. Elizabeth Warren, who shuns the socialist label, nonetheless delivers an endless cavalcade of policy prescriptions and programs that, if enacted, would centrally plan the American economy.

Rep. Alexandria Ocasio-Cortez’s proposed Green New Deal is even more ambitious in establishing an economic plan and industrial policy which is positively Soviet in its comprehensiveness, even if shallow on policy specifics. Mayor Buttigieg as well as Sens. Cory Booker, Kirsten Gillibrand, Kamala Harris, Bernie Sanders and Elizabeth Warren have all expressed their support. 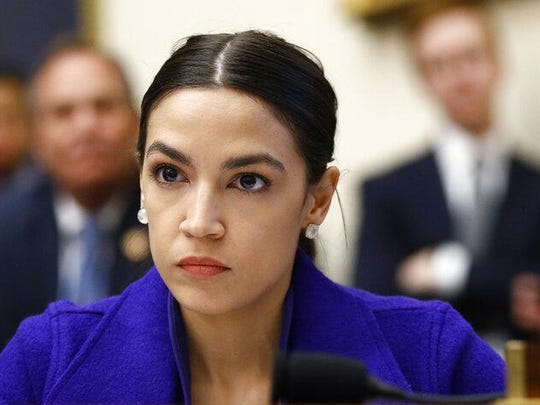 Theologian David Bentley Hart recently resurrected the destructive pairing of religious faith and socialist ideology in the New York Times, asking, “Can We Please Relax About ‘Socialism’?” Judging by his heated rhetoric it is about the only thing Hart can relax about. As long as the socialist idea continues to drive nations like Venezuela and Nicaragua deeper into poverty, corruption and violence, I for one am not relaxing about its monstrous legacy.

The popes have traditionally condemned socialism in the strongest possible terms as being incompatible with Christianity, because its concept of society itself is utterly foreign to Christian truth.

This irreconcilability to Christianity is related to socialism’s deep-seated materialism. In reducing human persons and society to the product of economic forces, it fails to see them as empowered economic actors who bring their own ambitions, plans and talents to the service of others in the marketplace.

The market need not be a hostile alien force cruelly or capriciously divvying out success or failure, but it can engender a way of talking about the plans, purposes, hopes and desires of ordinary people. Any centralized economic plan necessarily does violence to the many plans which people are already engaged in because of its political dominance.

The many plans, purposes, hopes, ambitions and desires of ordinary people constitute an amazing subjectivity which generates a wide array of information required for economic coordination that result in prices. It is through this price mechanism that each of us to is able to determine how to best coordinate plans to use scarce resources which are themselves based upon a the vast diversity of human talents needed to approach the common good.

Despite the “social” in socialist, its economic planning actually disrupts this information and coordination process inevitably resulting in shortages, waste and increasing levels of intervention into the economy and the lives of people, as every socialist experiment so sadly demonstrates. This is why price controls have always proven disastrous. In extreme cases intervention degenerates into violence as the state sacrifices the plans and interests of people to its own.

At its best, politics is the art of making prudent decisions, often in matters that are unfolding and ambiguous. Believers can and do disagree in good faith regarding questions of policy. Mayor Pete was right when he originally suggested that God does not have a political party. He should have stopped there.

When one embraces socialism, one cannot help but economize and politicize all things, even God himself. This is poisonous to both religion and any true human flourishing, and must be resisted by anyone of good will.

The Rev. Robert A. Sirico is president of the Acton Institute.