"MEDC has served as a vehicle for endless corporate welfare, benefitting corporations and politicians at the expense of taxpayers. "

“We never had this discussion.”

These are the words of Michigan State Rep. Larry Inman, ending a June 2018 phone call with leaders of the Michigan Regional Council of Carpenters and Millwrights, a labor union. The representative from Traverse City offered his favorable vote on a petition to repeal Michigan’s prevailing wage law in exchange for $30,000 in campaign donations for himself and other representatives. Inman’s plan backfired. 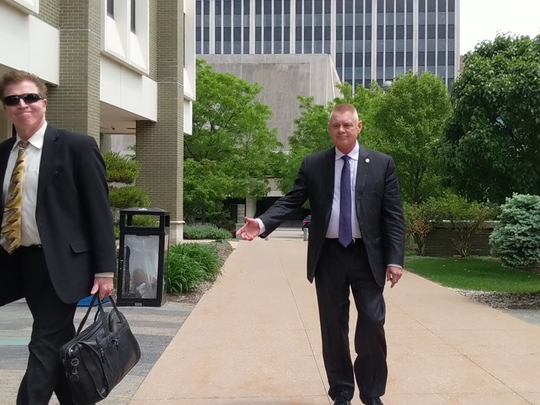 On May 15, a grand jury indicted him on charges of extortion, soliciting a bribe, and lying to the FBI.

The brazen nature of Inman’s crime is shocking, but it sheds a light on just how much Michigan politics is nuzzled up to business, lobbyists, and special interest groups. Every day, legal corruption occurs in Michigan in the form of generous subsidies and targeted tax breaks. These government handouts are known as “corporate welfare,” and they’re the root problem. Inman may get locked up, but until these handouts are reigned in, the crooked payola will press on.

Sadly, Michigan is one of the states most generous with its corporate welfare. According to Good Jobs First, Michigan gave out over $15 billion in subsidies since 1975, the third-most in the nation, on the heels of New York and Louisiana.

The Michigan Economic Development Corporation (MEDC), known for its “Pure Michigan” slogan and tourism campaigns, is largely to blame for the problem. Indeed, the MEDC has larger responsibilities than most Michigan residents are aware of. Founded in 1993, the MEDC has served as a vehicle for endless corporate welfare, benefiting corporations and politicians at the expense of taxpayers.

A study by the Mackinac Center revealed that for every $500,000 spent by the MEDC, 600 jobs were lost in the associated county. It has also been fertile ground for corruption, such as when investor Joseph Peters tried to defraud the state of Michigan in 2010 by taking advantage of tax breaks for the film industry.

Most of these subsidies are dressed up with noble intentions, but they effectively reward a select few companies with government connections at the expense of others. In the end, competition is limited and small businesses crushed. Targeted tax breaks can be just as harmful.

Too many conservative politicians will use tax breaks in lieu of subsidies, hoping to maintain the guise of small government. But such tax breaks still only advantage politically connected companies.

Skewing the market in this way isn’t the only foul caused by these programs. Studies have repeatedly shown they don’t even accomplish what they’re meant to. Corporate welfare programs have no effect on job creation, nor do they even have a particularly strong influence on corporate behavior.

In fact, a study from the W.E. Upjohn Institute in Kalamazoo found that, in 75-98% of cases, subsidies had no effect on the recipients’ decisions or actions in a given state. According to the Mercatus Center, if Michigan were to completely eliminate all of its corporate welfare programs, it would make back enough money to get rid of its corporate tax, a policy proven to be far more conducive to economic growth.

Through the MEDC, corporate welfare, and an overly cozy relationship between government and business, transactional politics has become the norm in the Great Lakes State. Until Michigan puts its legacy of corporate welfare behind it, corrupted lawmakers like Rep. Inman will continue to thrive.

Michael Rieger is a contributor for Young Voices.