"We need food science and technology now more than ever to meet growing domestic and global nutrition challenges."

Food science and farm technologies today provide Americans with an unprecedented abundance of safe, healthy and nutritious food. Yet, consumers have never been so overwhelmed by doubt, their worries stoked by anti-technology activists peddling unsubstantiated fears.

Some scorn facts, expertise and science. Modern farming methods are rejected in favor of unreal, romanticized notions of a better and more “natural” future.

And that’s a problem. We need food science and technology now more than ever to meet growing domestic and global nutrition challenges.

Evidence tells us that GMOs and gene editing represent perhaps the greatest hope for a healthier, more sustainable future.

Until recently, the benefits of genetic engineering were mostly seen on farms, producing sturdier plants with higher yields and increasing pest resistance. Today, they are at the forefront of a consumer-focused revolution. 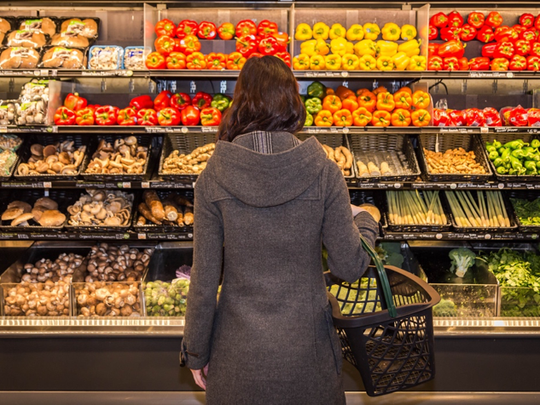 – According to a new report from the National Academies of Science, Engineering and Medicine, there’s no evidence that genetically modified foods pose a risk to human health. (Photo: Shutterstock)

Or there's genetically engineered low acrylamide potatoes that pose none of the health and environmental concerns of natural potatoes, which produce carcinogens when cooked at high temperatures.

There's non-browning apples that cut down on food waste and lengthen shelf-life.

Any parent with a child suffering from food allergies will hail the fact that a new GMO non-allergenic peanut is now in the process of being approved for sale. The same technology will soon be applied to a number of other allergenic foods like soybeans and wheat.

Scientists are working on gene-edited varieties of oranges to rescue Florida’s disease-ridden orange market. And GMO technology may be the only answer to saving the world’s increasingly blighted banana groves from extinction. For hundreds of years, gardeners have been saving the seeds of the best tomatoes. (Photo: Ken Lambert / TNS)

After 30 years of scientific testing and dietary exposure, no questions about the safety of GMO products have been raised. More than 280 global governmental, scientific, medical and environmental organizations confirm this. The FDA has repeatedly reconfirmed its conclusion that no meaningful differences exist between GMO and non-GMO foods.

Despite the evidence, 50 percent of Americans voice concerns about food safety. This stems from lucrative messages incubated by marketers, natural food companies and anti-GMO activist groups.

Perhaps the most prominent and successful anti-GMO group is the Non-GMO Project. Its GMO-free labels, which link to a website that claims GMOs are a threat to health, appear on more than 50,000 food products.

For some food marketers, it's about maximizing profits. But in the words of Non-GMO Project’s Executive Director Megan Westlake, it’s really about killing the technology in order to “shrink the market for existing GMO ingredients and prevent new commercial biotech crops.”

It’s time for FDA to enforce these guidelines. Americans, like the rest of the world, need GMOs and gene-editing technologies. With the global population set to reach 11 billion by the end of the century, we can’t continue to solve 21st Century nutrition or environmental challenges with an anti-technology dogma.