"This decision is a crushing loss for fair elections and a big win for voter suppression."

“Extreme partisan gerrymandering is a real problem for our democracy. I’m not going to dispute that.” 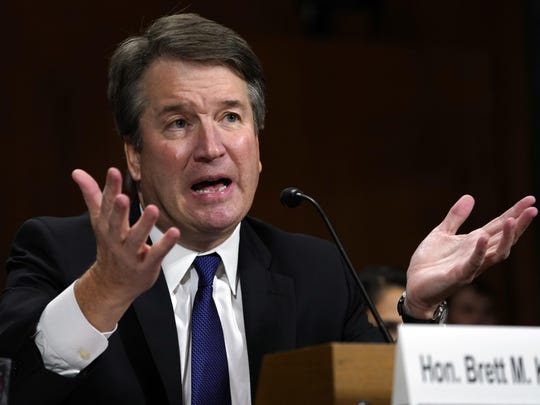 Those are the words of a man I rarely agree with, Supreme Court Justice Brett Kavanaugh. 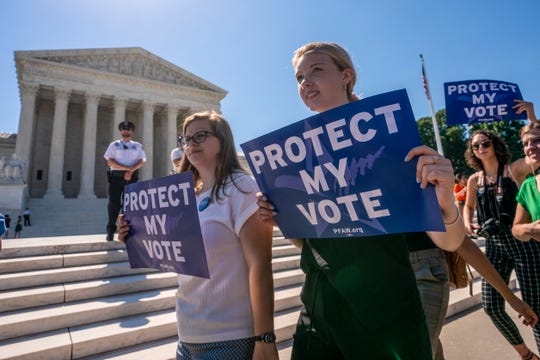 Demonstrators gather at the Supreme Court as the justices finish the term with key decisions on gerrymandering and a census case involving an attempt by the Trump administration to ask everyone about their citizenship status in the 2020 census. (Photo: J. Scott Applewhite, AP)

Nevertheless, in a 5-4 decision in Rucho v. Common Cause, the Supreme Court ruled that that the “real problem for our democracy” is not their problem. In deciding that extreme partisan gerrymandering isn’t fixable by the courts, the majority essentially found that — while gerrymandering is anti-democratic — they aren’t going to do anything about this constitutional violation or put a check on politicians. This decision is a crushing loss for fair elections and a big win for voter suppression.

This decision means that Michigan voters will be forced to vote under an anti-democratic, partisan gerrymandered map again in 2020, even though a federal court already determined that the current map violates Michigan voters’ right to free speech and equal protection under the law. The decision also requires our neighbors in Ohio and citizens in North Carolina and Maryland to vote under undemocratic maps. For many voters in Michigan, and across the country, partisan gerrymandering map-drawers have worked to establish a predetermined outcome, so one person, one vote still won’t apply. Politicians have made it harder to hold other politicians accountable.

So, where can we go from here? Fortunately for Michiganders, 2020 will be the last time we are forced to vote under an unfair map. In 2018, in a citizen-led initiative, Michigan voters overwhelmingly voted to take redistricting out of the hands of politicians and into the hands of an independent commission. In Ohio, voters enacted a similar redistricting commission. Eliminating partisan gerrymandering has widespread, bipartisan support. Yet the majority of citizens in our country live in states were power-hungry politicians will be drawing the legislative maps, and I am not OK with that.

Because the Supreme Court let us down, more states need to take partisanship out of the redistricting process like we did in Michigan. Americans need to push their elected officials to establish independent redistricting commissions immediately, before states begin redrawing legislative maps after the 2020 census. Americans need to call their senators to urge them to support the For the People Act (H.R. 1), which would expressly ban partisan gerrymandering.

In her argument against the majority in the Supreme Court case, Justice Elena Kagan wrote, “The partisan gerrymanders in these cases deprived citizens of the most fundamental of their constitutional rights: the rights to participate equally in the political process, to join with others to advance political beliefs, and to choose their political representatives.” While the Supreme Court’s gerrymandering is a devastating blow to our democracy, it makes clear that the courts are not going to save us. The power is in the hands of the American people to not only take back our democracy, but to protect and advance it.