"That top-down approach may appeal to coastal elites, but it does not resonate with hardworking men and women in Michigan and across the Midwest."

The eyes of the nation will be on Michigan Tuesday night as 10 Democratic candidates for president take the stage at Fox Theatre in Detroit. A second group will descend Wednesday evening.

Far-left contenders like Sens. Bernie Sanders and Elizabeth Warren will undoubtedly compete to utter the most pie-in-the-sky promises with no way to pay for them. The others won’t be far behind.

But here’s a spoiler alert: Both debates will largely echo what we already hear each day from socialist Democrats in the House. Members like Rep. Alexandria Ocasio-Cortez are in the driver’s seat of their party’s agenda, pushing Democrats and their candidates for the Oval Office further outside the mainstream. 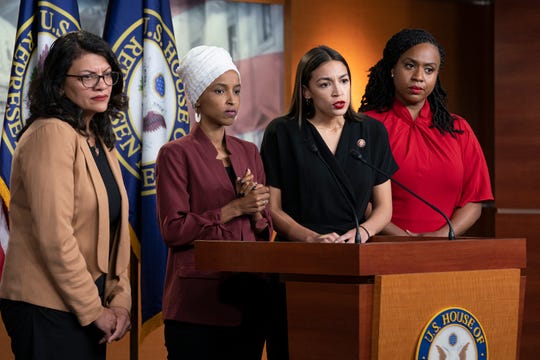 Members like Rep. Alexandria Ocasio-Cortez, third from left, are in the driver’s seat of their party’s agenda, pushing Democrats and their candidates for the Oval Office further outside the mainstream, Walberg says. (Photo: J. Scott Applewhite, AP)

Consider the so-called Green New Deal, which has drawn the ire of the AFL-CIO because it puts Michigan auto and manufacturing jobs at risk. This $92 trillion proposal calls for eliminating air travel, decimating farmers and rural communities and forcing an upgrade of every single building in America, among other big government interventions. While the Green New Deal purports to be about climate change, in reality, it is a vehicle to restructure our entire economy, centralize control in Washington and take away Americans’ freedoms.

Medicare for All is another bad deal for Michigan workers. This $32 trillion health care plan shoves every American into a single-payer, government-run system. As a result, the middle class will face a massive tax increase, access to care will decrease and patients who rely on private insurance through an employer or union would lose their current plan.

The livelihoods of millions of workers are also at stake under one-size-fits-all legislation that seeks to raise the federal minimum wage to $15 per hour, a 107% jump. A recent analysis by the non-partisan Congressional Budget Office paints a bleak picture of the bill. If the mandate takes effect, it could eliminate up to 3.7 million jobs and reduce family income by $9 billion, disproportionately hurting young people and workers without a high school degree.

If those overreaches aren’t enough, House Democrats’ want the public to bankroll their campaigns for office. They passed a partisan bill, H.R. 1, that seeks to subsidize candidates by establishing a six-to-one government match, which could disseminate up to $5 million of taxpayer resources to individual campaigns. Michiganians don’t want their hard-earned tax dollars funding attack ads.

The hallmark of these job-killing, big-government policies is more coercion and red tape, instead of more freedom and economic opportunity. That top-down approach may appeal to coastal elites, but it does not resonate with hardworking men and women in Michigan and across the Midwest.

What does resonate is the benefits families are experiencing under President Trump’s pro-jobs, pro-worker agenda.

The unemployment rate — 3.7% — is near its lowest point in half a century. There are more job openings — upwards of 7 million — than people looking for work. And wages for workers have consistently risen by 3% over the past year. 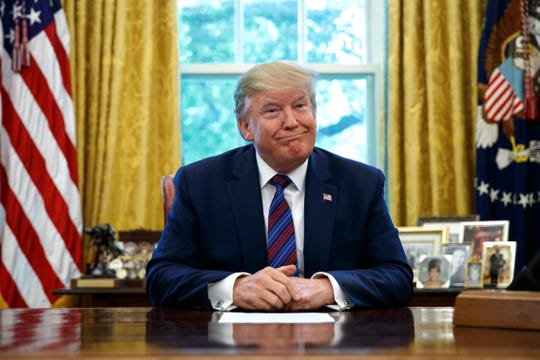 At a time when the economy is thriving, the task before us as policymakers is building on this momentum, not stifling it.

Viewers tuning in to the debates will hear plenty of socialist policies that will stop America’s economic engine in its tracks. They won’t hear much that speaks to kitchen-table concerns in Michigan.

It will serve as yet another vivid reminder that Trump is addressing the people’s priorities — and delivering results.

Rep. Tim Walberg, R-Tipton, represents Michigan’s 7th District in the U.S. House of Representatives and is a member of the Energy and Commerce Committee and the Education and Labor Committee.