"Joe Biden doesn’t need to send emissaries to the black community to speak for him. He needs to show up himself and explain why he should be trusted"

Democratic front-runner Joe Biden has a Hillary Clinton problem — that is, the automatic assumption that blacks would line up behind his candidacy as a potential Democratic nominee because he is close to former President Barack Obama, especially after serving for eight years as his vice president. 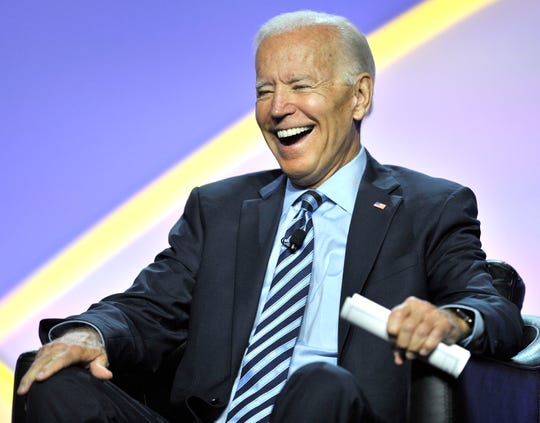 During the 2016 presidential race, Clinton acted as if the black vote was a done deal because she served as secretary of state under Obama.

The results were devastating for Democrats, who witnessed the birth of the Donald Trump presidency when 1.6 million black voters stayed at home for the 2016 election, according to the Washington Post.

Biden may be repeating the same mistake. It would be foolish to assume that Trump’s unpopularity amounts to a ready endorsement from black voters of a Biden candidacy without explaining what he would do differently, given his blessing of laws like the 1994 crime bill that led to mass incarceration of black men and devastated the black community.

“I doubt he would have picked me if this accusation of my being wrong on civil rights was correct,” Biden bragged about Obama’s selection of him to be his vice president at the just concluded NAACP national convention in Detroit.

That wasn’t the first time Biden name-dropped Obama. In fact, he repeatedly mentioned Obama during several stops in South Carolina last month, where blacks hold sway in the Democratic primaries as the majority voters.

By seizing every opportunity on the campaign trail to mention Obama before predominantly black audiences instead of telling us what his inclusive vision for America looks like, Biden appears to be taking black people for granted and using their genuine struggle for freedom to advance his own political agenda.

Detroit is ground zero of America’s urban crisis. This city embodies most of the problems plaguing black cities across the nation, and is a case study of extreme urban poverty. The pockets of economic desolation that are so glaring in Detroit and stand in contradiction to the ongoing recovery also exist in places like Atlanta, Washington, D.C. and every other urban center.

If Biden is serious about tackling black issues, and presenting himself as a conscientious candidate who can offer a real prescription to the urban crisis, he should go on an atonement tour around the nation talking to black families whose lives were destroyed by the crime bill he supported as a “tough on crime” U.S. senator.

Biden needs to understand that the Obama presidency wasn’t the result of white liberal politics looking favorably on a competent and qualified black man running for president. It was largely the product of the collective struggle of the black masses for liberation, who since the first African slaves arrived in Jamestown in 1619 have known nothing but a continued struggle to affirm their rights and expression of human dignity.

“I believe the urgency of now is equity. There is extreme poverty,” Danny Glover, the legendary actor and activist, told me in an interview this week while visiting Flint. “If it is not about the future for black people, I don’t know what we are talking about. 2020 is an important election.”

Joe Biden doesn’t need to send emissaries to the black community to speak for him. He needs to show up himself and explain why he should be trusted.