Opinion: Let the sun set on this corporate subsidy program

"(T)here is scant proof that subsidizing relocation ... is effective at creating jobs in Michigan, or for that matter, anywhere."

Opinion: Let the sun set on this corporate subsidy program

In 2017, lawmakers adopted a new corporate subsidy giveaway that supporters called the "Good Jobs for Michigan" program. It provides tax incentives to lure big, sometimes multinational, corporations into relocating to or expanding in Michigan.

A sunset provision in the law mandates that the program stop awarding new deals at the end of this year. Lawmakers should let the program die. Evidence shows targeted government incentives for business are unnecessary and may even be economically harmful. 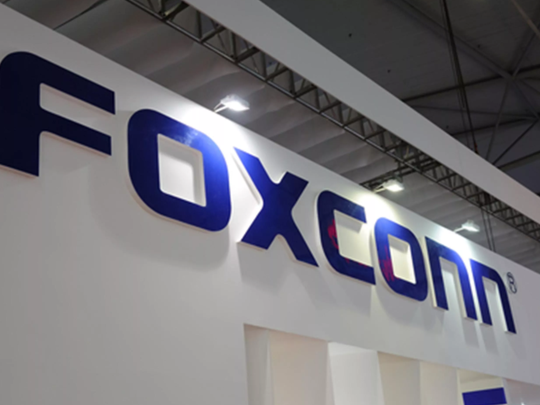 One selling point for Good Jobs for Michigan was that it would help lure the Foxconn Technology Group to drop a large manufacturing plant somewhere in Michigan. "We didn't have a tool for larger company opportunities," then-Gov. Rick Snyder was quoted as saying at the law's signing ceremony.

But there is scant proof that subsidizing relocation — especially for big companies — is effective at creating jobs in Michigan, or for that matter, anywhere.

Less than 1% of all net jobs created in Michigan from 1990 through 2015 came from businesses relocating here, according to data from the National Establishment Time-Series database. Moreover, only a microscopic fraction of those businesses received an incentive from the state of Michigan. Even worse for the cause of the Good Jobs program, the state can't prove that any incentives were required for those firms to relocate. They may have relocated without taxpayer support, which would make these subsidies a complete waste of taxpayers' money.

Indeed, it's likely that Michigan would have landed these businesses without corporate handouts. A 2018 report by Timothy Bartik of the Upjohn Institute for Employment Research finds that between 2% and 25% of incentive deals made a difference to companies deciding to relocate, expand or stay put. That means as much as 98% of corporate incentives doled out by the state are to companies that "would have made a similar decision ... without the incentive."

In its report, "The Job Creation Shell Game," Good Jobs First, a D.C.-based corporate incentive watchdog, calculated how much relocating companies, regardless of whether they got state deals or not, were responsible for job growth in Texas from 2003 through 2009. Authors found that the gain from jobs due to relocations equaled only 0.23% of state jobs that existed in 2003.

The Empire Center of New York and Pioneer Institute of Massachusetts also made similar, NETS-based calculations for their states and likewise found job gains or losses due to relocation were only a tiny part of the state's job picture. Moreover, their reports showed that most establishment and job relocations came from neighboring states. This makes sense given the cost of moving physical and human capital to a new location, and it should serve a cautionary note about chasing distant corporations.

In a new and important working paper by university scholars, the NETS database was used in conjunction with another database of more than 2,400 incentivized firms from 35 states, 180 of which were from Michigan. The paper tracked the staffing history of those receiving government assistance and members of a control group that had not.

Employment at the firms that did not receive an incentive, the authors found, grew 3.7% faster than at firms that had received one. The authors also said there was a "starkly negative" link between incentives and large firms — the type targeted with Good Jobs for Michigan incentives — and employment growth.

The program was born out of an attempt to lure Foxconn and other large companies to Michigan. Ultimately, the conglomerate was offered a handout worth as much as $3.7 billion. It declined the state's offer and accepted one from Wisconsin instead. Wisconsin's "win" has yet to pan out, and Foxconn is missing important jobs milestones.

Evidence shows that corporate relocations have contributed a minuscule number of jobs to our economy and those involving incentives even much less so.

The program should be allowed to expire. All Lansing lawmakers need to do to make that happen is . . . nothing. Is that too much to ask?