Opinion: Pouring pensions into potholes is too great a risk

Opinion: Pouring pensions into potholes is too great a risk

A pension is a promise of a secure retirement. But too often in Lansing, they’re viewed as piggy banks to be broken into for political purposes.

As a young educator, I remember then-Gov. John Engler diverting state payments from the Michigan Public School Employees Retirement System to fund other priorities — which accelerated us down a road of unfunded pension liabilities. 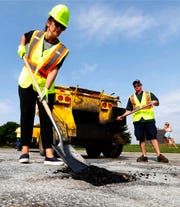 Now, years later, some lawmakers are pushing “pensions for potholes” schemes that take money meant to pay those retirement liabilities and use it instead to fix our roads.

These risky schemes would jeopardize the retirement of tens of thousands of current and retired school employees — all to avoid making tough choices to invest in our crumbling infrastructure.

Republican legislative leaders, who left town in June without passing a budget, are floating various ideas to bond, restructure or reamortize MPSERS’ liabilities to pay for road repairs. All these schemes threaten the security of school employee pension funds and saddle taxpayers with billions of dollars of additional debt.

The West Michigan Policy Forum, a DeVos-backed group of business leaders and GOP donors which has received significant funding from the Koch brothers, is pushing a plan for the state to issue $10 billion in bonds, using the retirement fund as collateral and betting on the stock market to return a higher investment than the interest on the bonds.

Anyone watching the stock exchanges bounce up and down recently can see the risk here. The City of Chicago looked at this option and dismissed it as too risky. The idea has been panned by both ends of the political spectrum: Gov. Gretchen Whitmer has called the idea “dangerous,” while conservative economist Patrick Anderson labeled it “irresponsible.”

Another scheme lawmakers are considering would push the pay-off date for the unfunded liability years into the future to free up short-term funds for road repairs. Doing so would force the state and local school districts to pay more over a longer period of time — like paying the minimum on a credit card. While details are limited, initial estimates show extending the debt payment schedule another five years will cost taxpayers an extra $11 billion — a figure that jumps to $23 billion for a 10-year extension.

Matt Fabian, a partner at a municipal bond research firm in Concord, Mass., dismissed the schemes, saying, “Restructuring the pension fund so as to create money for transportation is just a gimmick instead of raising taxes, which is the best practice.”

For decades, our state’s lawmakers and governors have dramatically underfunded education and infrastructure, cheating our students and our economy. An MSU study recently revealed that Michigan is dead last among all 50 states in education funding increases over the past 25 years. And numerous studies have labeled Michigan’s roads among the nation’s worst. 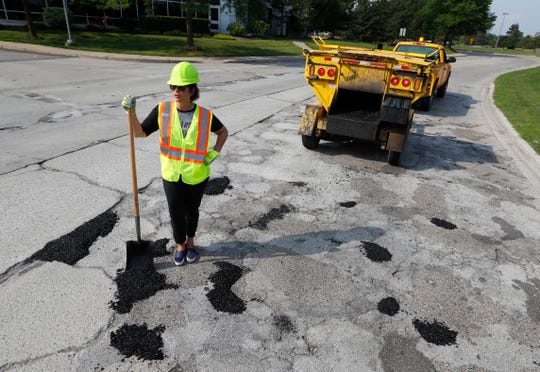 Whitmer ran on a platform that promised a course change, putting schools and roads at the top of her budget priorities. Her resounding victory last November gave her a mandate from voters to pursue these priorities and she put forward a plan to do it — and has been waiting for months for a real counterproposal from Republicans.

With just weeks to go before the Sept. 30 budget deadline, the best that’s being offered are more shell games and gimmicks that belong in a Las Vegas casino instead of our State Capitol.

It is time for legislators to make tough decisions on real solutions and real revenue that will put our state on a path to “fix the damn roads” without putting school employee pensions into potholes.