"We find ourselves in a chicken-and-egg situation. Businesses won’t invest in charging stations because there are so few electric cars ..."

Electric vehicles (EVs) are the future of transportation, as GM and Ford have each concluded recently. They are safer, less expensive to operate and use cleaner energy than the gas-powered cars that defined the 20th century. Battery technology has advanced greatly in just the past few years. Consumers are increasingly willing to buy battery-powered EVs. In California for example, 1 in 10 new cars purchased have plugs. 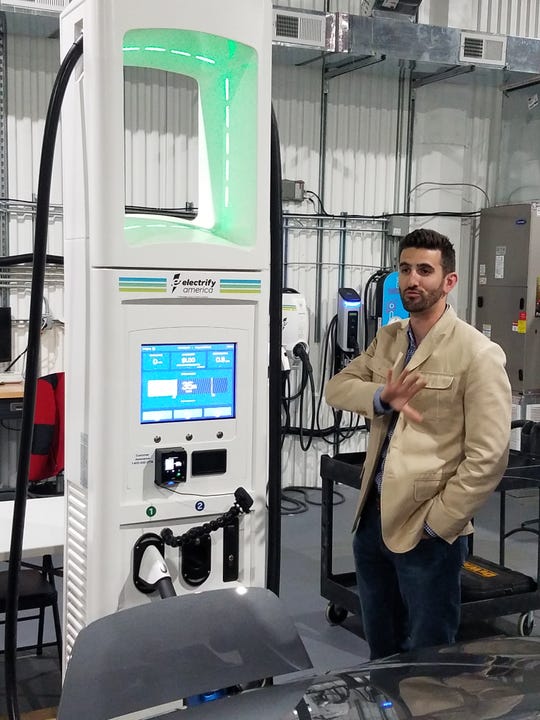 I drive my EV -- a Chevy Bolt -- from Grand Rapids to Lansing and back for work. In the past 20 months, I’ve put over 40,000 miles on the car with zero maintenance costs, and my expenses for electric power have been a fraction of what the cost of gas would have been.

So why do I see very few electric vehicles on the road in Michigan?

Potential buyers have “range anxiety.” People don’t want to drive somewhere and get stuck because they cannot find a place to charge their battery quickly. This is an understandable concern. A lack of convenient charging stations makes owning an electric vehicle less desirable, as it limits the range of potential travel. 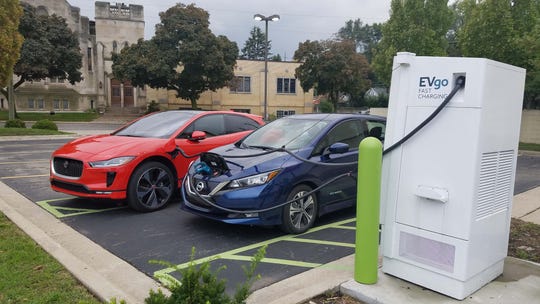 Michigan needs to develop a state-wide network of fast-charging stations. The newest state-of-the-art chargers can now power about 200 miles of driving range in around 10 minutes. That’s about the same time it takes to fill up at a gas station.

Other states have begun to pave the way in roadside charging. Maryland is investing in a program that will bring over 900 new electric vehicle charging stations to public areas.  Ohio has started installing cutting-edge charging stations along its turnpike. As a nationwide system of highway chargers grows, out-of-state tourists need to feel confident in their decision to drive their EV when they travel to our lakes and cities.

China is investing heavily in the manufacture of electric vehicles and the infrastructure to accompany them. In California, Google, Amazon and Apple have joined Tesla in the EV business. We face a choice: We can invest in the future, or we can be left behind.

The time has come for Michigan state government to step in and invest in the development of a system of fast-chargers throughout Michigan. This week, I introduced a bill requiring the Michigan Department of Transportation to install fast-charging vending stations at all publicly-owned highway rest stops. EV owners can charge for local trips at home or work, but for longer distances, they primarily need chargers across the state. Thus, the most logical location for these fast-chargers is along our highway system. Such a network will help overcome range anxiety and stimulate the EV industry because visible charging infrastructure shows consumers there is a convenient, available and ample system for refueling an electric car. Sparking a charging network will send the right signals to automobile manufacturers that Michigan welcomes their investment in new EV technology.

The automobile industry built Michigan in the 20th century. If we build infrastructure for electric cars on our highways now, we will help maintain our leadership in the automobile story during the 21st century, as well.