La Malabie, Quebec— This old tucked-away retreat, five hours north and east of Montreal, is an unlikely venue for anything, to say nothing of a meeting of the leaders of the G7 nations.

Here in June 2018, President Donald Trump broke with the rest of the industrial nations on trade and climate change, clashing repeatedly with Prime Minister Justin Trudeau and, after leaving the summit early to meet North Korea’s Kim Jong-un, dismissing his Canadian host as "meek" and "dishonest & weak." Shortly thereafter Trump aide Peter Navarro said there was "a special place in hell" for Trudeau.

Now the Canadian prime minister and the American president are seeking second terms and the confrontation here at the Manoir Richelieu stands as a potent symbol of the two men’s profiles — and of their political prospects. 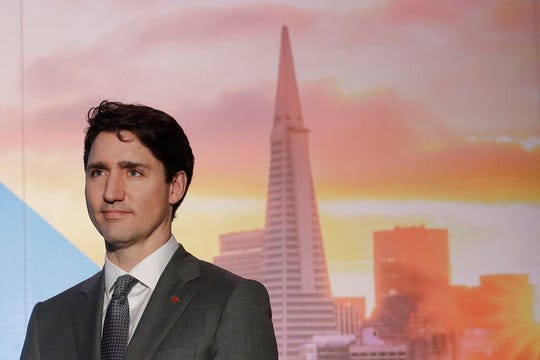 Trudeau meets the Canadian electorate Oct. 21, with Trump’s political test coming almost exactly a year later. Some of Trudeau’s Liberal Party aides are urging him to run as much against Trump as against his Canadian opponents, the Conservative Andrew Scheer and the New Democrat Jagmeet Singh.

Trump’s re-election depends in part on the American public’s verdict on Trump’s tendency to target pointed outbursts against anyone who, like Trudeau, holds views that differ with his. 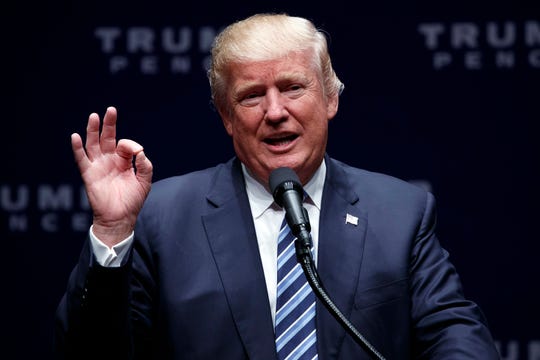 "In Canada, Trump is the least popular U.S. president ever," the veteran Canadian diplomat Jeremy Kinsman wrote in Canada’s prestigious Policy Magazine. "No one running for national office here would dare support his style, apparent values, or the substance of his actions, and expect to win."

Meanwhile, south of the Canadian border, the Trump style is as much — perhaps more — of an issue than the Trump political portfolio. The president’s re-election prospects depend in large measure on whether he retains the support of voters who embrace his record (tax cuts, a strong economy and two conservative Supreme Court nominations) but deplore his comportment (angry tweets, freestyle public comments, a continuing war against the mainstream press).

For both men, the calculus is complicated.

Like all Canadian prime ministers, Trudeau must simultaneously prove his independence from the American chief executive (a task his father, Pierre Elliott Trudeau, mastered a generation ago) even as he displays what Kinsman describes as ‘’a civil and fair transactional relationship with the powerful U.S. leader’’ (which Conservative Brian Mulroney did with flair with both Ronald Reagan and George H.W. Bush, and which Trudeau’s predecessor, Stephen Harper, failed to do with Barack Obama).

Trudeau and Trump have one important goal in common, the ratification of the successor treaty to NAFTA. The trade pact is vital to Canada, but its value is less evident in the U.S., where labor leaders and environmentalists ardently oppose the agreement.

American presidents always have cast a large shadow on Canada, but no American president has been as prominent, and as pilloried, as Trump — the subject of every Canadian conversation and the preoccupation of every publication and public-affairs television program.

In diplomatic circles in Ottawa, there is a new debate: how to mollify Washington (or even co-exist with Trump) while engaging China, the target of the 45th president’s ire and trade war. Accustomed to accommodating one giant military and economic force, Canada now finds itself in the middle of a conflict between one colossus that is on the rise and another that is struggling not to be in eclipse.

All that was in the background of the Trump-Trudeau struggle that emerged here in the Charlevoix region of Quebec, only an hour from the soaring Laurentian peaks of the Grands-Jardins National Park, where the woodland caribou wander amid spruce lichen and where, just the other day, the early September temperatures dipped into the low 40s. A few hours on the Le Brûlé trail in the park offers an excursion into areas of boreal vegetation and the coniferous forests known as taiga.

Two decades ago huge fires raged through the park, leaving some areas devastated and treeless.

None of the G7 leaders ventured into Grands-Jardin. Had they done so, they might have seen the future of the Canadian-American relationship if not of the destinies of the two men who lead the two countries.

The Trump-Trudeau conflict might have been the manifestation of an older man’s pique at a younger man’s cheek, or even Trump’s disquieting peek at Trudeau’s natural chic, but in the long course of history all that will fade. Of necessity and of geography, the trans-border relationship will flourish again. The proof is in the Quebec mountains, where after the fire there is lush fresh growth — the clear signs of regeneration.

David Shribman is former executive editor of the Pittsburgh Post-Gazette.