Since 2000, the “sticker price” at the average Michigan public university has doubled, and has risen by 55% at community colleges.

The state of Michigan has long taken pride in its public colleges and universities — and for good reason. For decades, these institutions of higher education served as engines of social mobility and economic prosperity for residents.

Today, however, Michigan is facing a college affordability crisis — one that is both of its own making and that is putting higher education increasingly out of reach for a growing number of Michigan families, particularly low-income, Black and Latino families.

As we show in a new study for The Century Foundation, Lansing has cut state appropriations per student by an alarming 40% since 2000. Michigan now ranks close to the bottom nationally in terms of the share of its budget going toward higher education, comprising just 4.1% in 2018, compared to a national average of more than 10%. 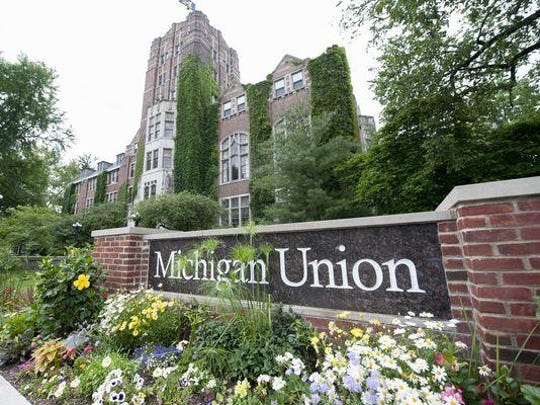 Today, Michigan is facing a college affordability crisis — one that is both of its own making and that is putting higher education increasingly out of reach for a growing number of Michigan families, the authors write. (Photo: Detroit News file)

Partly due to these cuts, Michigan has some of the steepest tuition prices in the nation, with the state ranking first in the amount of tuition-per-student that public institutions collect. And the problem is only worsening: Since 2000, the “sticker price” at the average public university has doubled, and has risen by 55% at community colleges.

To make matters worse, Michigan ranks toward the bottom nationally in the amount of state-based financial aid it gives to students, with most aid dollars today flowing from the federal government. Because Michigan’s aid framework is ill designed — mid-career adults are virtually locked out of state dollars, for example, at a time when many adults need new career training and educational options — financial support is reaching only a fraction of students in need. Combined, only 19% of community college students and 18% of public university students receive state or local aid.

The impacts of the state’s affordability crisis have not been equally felt, either. Based on our estimates, the average black student enrolled in a public university in Michigan is supported by $4,461 in state appropriations, compared to $5,466 for white students. At the median state university, a family making $30,000 pays roughly 32% of their income on the net college price (cost of attendance less grant aid), versus just 16% for a family making $110,000.

Add to the mix that wages in the state have fallen substantially—three out of four wage-earners earn less today than in 2003 — and what results is a perfect storm for college affordability in Michigan. Today, more and more families cannot afford to send their kids to college. And those that do attend a public university and borrow to close their financial gaps are left saddled with increasing debt when they graduate, $31,000 on average.

To be sure, many of the state’s public colleges and universities have taken steps to try to respond to these trends and keep their schools affordable. As the state has cut funding, schools have increased the amount of campus aid they give directly to students, with the average award nearly doubling since 2000, although there is huge variance across institutions. And some municipalities are taking up the state’s offer to keep local tax dollars to create “Promise Zones,” which offer free community college tuition to residents.

But the resulting patchwork aid system simply does not address the skyrocketing costs facing many families, and it leaves out far too many people. State lawmakers need to tackle Michigan’s college affordability crisis and reverse decades of state disinvestment, beginning with the 2019-2020 budget negotiations that are ongoing in Lansing.

A changing economy in Michigan means that education beyond high school, whether a degree or training program, is more important than ever — not just to a family’s well-being, but to the success and strength of the state as a whole. Michigan literally cannot afford for these trends to continue.