Opinion: Much at stake in transgender Supreme Court case

Can Americans like Tom Rost rely on what the law says, or are they subject to the whims of unelected government officials?

Opinion: Much at stake in transgender Supreme Court case

If you were to name your top 10 Detroit originals that have shaped and defined the city, what are the odds that names like Henry Ford, Ty Cobb, Gordie Howe, Diana Ross, Aretha Franklin, and Smokey Robinson make the list? 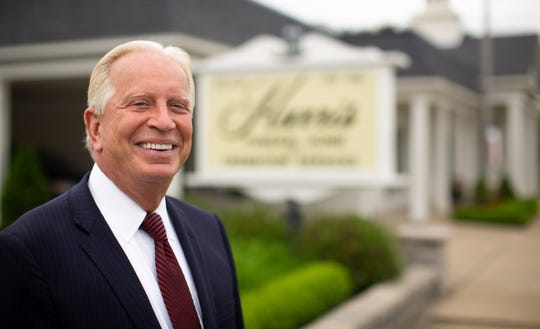 In a city with such a rich heritage of industry, sports, and sound, it’s not all that likely that a name like R.G. Harris would make anybody’s list. And that’s very likely how Harris would have preferred it. After all, he didn’t begin his business over a century ago to be remembered — he did it to help his neighbors remember and reflect on a loved one who has passed.

Harris was just 18 years old when he started serving grieving families in 1910. Since it was just a couple of years after Ford’s Model T went on the market, Harris used a horse-drawn hearse to visit the homes of mourners.

Harris convinced his father, G.R. Harris, to join him as a business partner in the family home just around the corner from what would become Tiger Stadium. Harris Funeral Homes officially made its mark when Mr. Harris’s wife became a licensed funeral director in the 1930s — one of the very first women in Michigan to enter the profession, before Rosie the Riveter called women into the workplace in the thick of World War II.

Over one hundred years later, Harris’s grandson, Tom Rost, is the owner of his grandfather’s business, which has helped thousands of Detroit-area families focus on each other and their grief during one of life’s most difficult seasons. Tom’s son also works in the family business, which started the same year General Motors’ first closed-bodied Cadillac rolled off the assembly line.

Now, Rost’s family and their Detroit-area funeral home are facing an existential threat — but not for financial woes. Rather, the fate of R.G. & G.R. Harris Funeral Homes will be decided by the U.S. Supreme Court, where I will argue on its behalf Oct. 8.

There’s one essential question the court will answer: Can Americans like Rost rely on what the law says, or are they subject to the whims of unelected government officials?

If the justices rule in Rost’s favor, it will be a win for all Americans. Like Rost, we all rely on what the law says — most of the time, without even doing so consciously. But what if we, like Rost, were punished simply for acting in accordance with the law?

In 2007, Tom hired a man, Anthony Stephens, as a funeral director. Like Rost’s grandmother, all funeral directors serve as the face of the funeral home and work closely with the grieving families Harris Funeral Homes serves.

Stephens agreed to and did follow all employment policies, including the sex-specific dress code meant to help families focus on processing their grief rather than on the business and its employees. As Harris said of a previous version of the same dress code, its goal is to promote “appearance, dignity, and propriety.”

Aimee Stephens, 58, a former funeral home director, was fired from her job in 2013 after telling her boss that she was transitioning from male to female and would begin following the funeral home’s dress code for women. Her lawsuit alleging workplace discrimination will be heard by the U.S. Supreme Court in early October. (Photo: Robin Buckson, The Detroit News)

Nearly six years after being hired, Stephens gave Rost a letter. The letter explained that Stephens intended to break the dress code by presenting and dressing as a woman while interacting with bereaved families at work.

Rost was immediately concerned for Stephens and Stephens’s wife. It had been a challenging year at work, and Rost had gone to bat to save Stephens’s job only six months earlier. A manager wanted to fire Stephens for refusing to help an 80-year-old female co-worker, Dolly, stack chairs. But Tom intervened and kept Stephens employed.

Rost had to consider how Stephens’s plan would affect his female employees, like his 80-year-old employee Dolly. There was only one women’s restroom at the location where Stephens worked. Was it right to require Dolly to share it with Stephens?

Rost also reflected on the clients Harris Funeral Homes exists to serve. Female clients grieving the loss of a loved one would also have to share the restroom with Stephens. What’s more, many of the families who turn to Harris Funeral Homes are repeat clients. So someone who worked with Stephens because her mother died in January might come back in July for the death of another loved one and see Stephens dressed as a woman.

After considering his options, Rost decided he could not agree to Stephens’ plan. As a result, the EEOC sued Harris Funeral Homes, and that kick-started the case that has brought Tom to the U.S. Supreme Court.

Despite the EEOC’s endorsement of sex-specific dress codes — like the one in place at Harris Funeral Homes — that government agency accused Rost of illegal sex discrimination under Title VII of the 1964 Civil Rights Act. That law ensures that women will not be treated worse than a male co-worker or job applicant just because she is a woman.

Rost’s opponents struck a major blow against him when a federal court of appeals decided to rewrite federal law. Although sex discrimination has always meant treating one sex less favorably than the other because of sex, the court of appeals redefined the law to include different treatment based on transgender status.

While the federal government now agrees with Rost, the ACLU insists that the Supreme Court should rewrite the law. If the ACLU succeeds, it would punish Harris Funeral Homes and other businesses for relying on the law as it is written. And the court would create unfair situations for women in the workplace, in athletics, and even in places like women’s shelters that serve abuse victims.

These aren’t hypothetical concerns. In Connecticut, two male athletes who identify as females have competed in girls’ track and field events over the past two years. In that stretch, those two athletes have won 15 state titles that once belonged to nine different girls.

And in Alaska, an Anchorage commission has tried to force a women’s shelter to allow a man who claims a female identity to sleep in a common room with women who have been raped, trafficked, and abused. 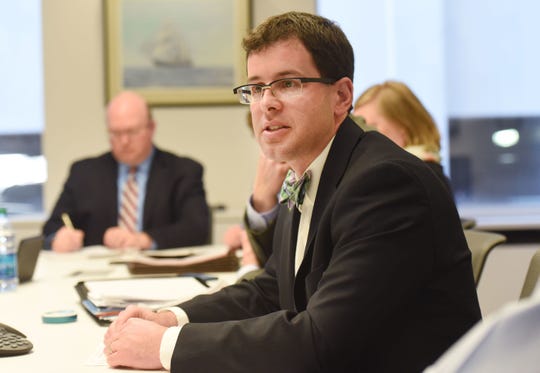 As alarming as all of this is, the heart of this case is whether the government can change the law out from under law-abiding citizens. Hanging in the balance is far more than the fate of a century-old Detroit institution, it’s the right of every American to rely on what the law says.