Opinion: Obamacare was a Trojan horse for national-healthcare warriors

"Abandonment of the Affordable Care Act should make voters suspect of their newest proposals."

Opinion: Obamacare was a Trojan horse for national-healthcare warriors

Over the next several years Republicans made several unsuccessful efforts to repeal the law. For their part, Democrats have been unyielding in their continued support for Obamacare and uncompromising in labeling Republican opposition as a war on the health of almost everyone. 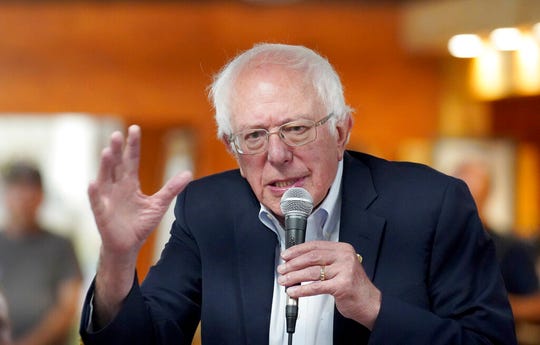 Now approaches the 2020 election with still nearly 20 candidates for the Democratic nomination for president. Over five nights of debate, the No. 1 issue has been health care. I’m confused. Wasn’t Obamacare said to be a comprehensive fix for what ailed American health care? Haven’t Democrats invested vast resources and political capital in the defense of the law? How is it that, a mere nine years after Obamacare’s enactment, health care reform is the dominant issue for Democratic candidates for the presidency?

One answer is that Democrats were just plain wrong. They could have listened to Republicans and worked together to find a bipartisan solution. But that would require taking responsibility for mistakes and accepting that those in the minority might actually have some worthwhile ideas.

Another answer is that Obamacare was a Trojan horse. Once the ACA broke through the Republican wall of resistance, the single-payer warriors would emerge to pursue the real objective of national healthcare. Under the rubric of Medicare for all, Bernie Sanders, Elizabeth Warren and Bill DeBlasio revealed themselves as part of that hidden army.

Kamala Harris has waffled but did have high praise for Sanders’ Medicare for all bill, and most of the other candidates support a public option that well could be just another Trojan horse. Not surprisingly, Joe Biden shyly defends Obamacare, but only as a step to more reforms. No one among the candidates defends Obamacare as a long-term, or even near-term, solution for health care.

All of the candidates understand that to implement their new health care ambitions they require a Democrat in the White House, a continuing majority in the House, a filibuster-proof majority in the Senate and unbending party loyalty.

Whatever the explanation for Democratic candidates’ unanimous abandonment of Obamacare as the cure-all elixir for health care in America, the quick abandonment of the ACA should make voters suspect of their newest proposals. Will they really cure what ails us, or are they just more snake oil?

James Huffman is dean emeritus at Lewis & Clark Law School in Portland, Ore. He wrote this for InsideSources.com.