"[U]nity and social healing are not only possible but happening every day when we work with and rely on those who are closest to us," writes Streeter. 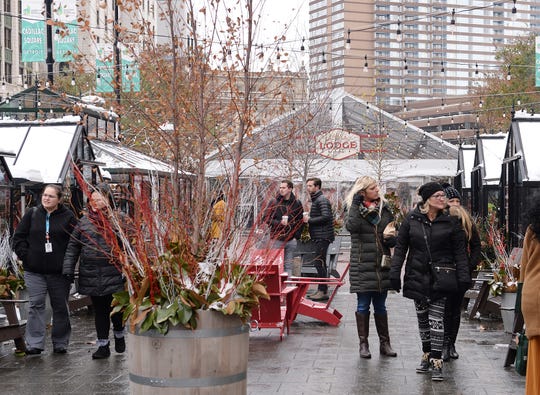 In this age of bitter partisanship and social division, it is worth reminding ourselves that unity and social healing are not only possible but happening every day when we work with and rely on those who are closest to us, Streeter writes. (Photo: Clarence Tabb Jr., The Detroit News)

If you have a problem in the middle of the night, who would you call? Most likely, you’ll dial a family member, friend, neighbor, or someone else who knows your first name rather than a social services nonprofit or a government agency.

This isn’t by accident. We are social creatures by nature, and the people we feel close to are usually those with whom we have had many previous interactions, and have proven themselves to be dependable and trustworthy.

In this age of bitter partisanship and social division, it is worth reminding ourselves that unity and social healing are not only possible but happening every day when we work with and rely on those who are closest to us.

My colleagues and I at the American Enterprise Institute found in our Survey on Community and Society that most Americans get a stronger sense of community from friends and family, their neighborhood and their city than from their ethnicity or political ideology. We feel more attached to the people and places where we live than the demographic categories in which pollsters usually put us. We trust those around us more than faraway bureaucracies. 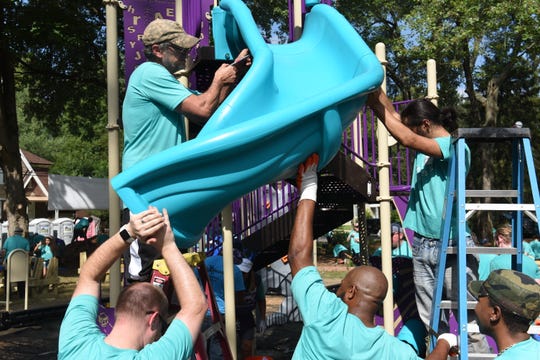 Seventy-three percent of respondents expressed confidence that their neighbors could be counted on to do the right thing. You won’t find most people saying that about members of Congress anytime soon.

People enjoy family style seating and eat from food trucks at the Dequindre Cut Freight Yard as the Detroit Riverfront Conservancy celebrates the grand opening of the DCFY on Saturday May 19, 2018. (Photo: Max Ortiz, The Detroit News)

Our survey also finds that when people are civically engaged in their communities, they are less lonely than the average person. For example, active members of traditional civic institutions such as religious organizations, volunteer groups and neighborhood associations report loneliness levels that are far below the national average. The one exception to this civic pattern is when people volunteer in politics. On the UCLA loneliness index, a standardized scale for measuring social isolation levels, active members of political organizations report an average loneliness score that is a full 2 points higher than the national average, a considerable increase. More community, less politics in our daily lives leads to greater satisfaction with life as a whole.

While our political polarization is a real thing and has gotten worse in recent decades, it is important to remember that many solvable problems can be handled by us, in our local communities, far from the ideological machinations of politicians. And not only this, but when we serve others, get involved and take interest in our communities, other good things follow.

For example, our data show that, even after accounting for social activity, civically engaged Americans have more friends, are more likely to rate their community as an excellent place to live, and choose to help out their neighbors at much higher rates than those who are not civically engaged.

Moreover, our survey results show that people who live close to libraries, parks, grocery stores and other neighborhood amenities are also less lonely, more likely to help neighbors when asked, more trusting of others, and more optimistic about the future.

This is true whether you live in a city, suburb or small town. Regular interaction with others, which community amenities facilitates, generates a sense of familiarity and pride of place that make “home” not just a house but the place where we live in community with others.

Taken together, these findings suggest that more, better neighborhoods in which more of us are giving our time to others in the community can go a long way to repairing the trust and social ties that our politics have broken.

Much like road ragers who yell at other drivers but would never behave the same way on the sidewalk when they are face-to-face with fellow citizens, we engage in politics in ways that the norms of neighborhood life forbid. It is time for more of us to leave the traffic jam, park the car and walk around town a bit more.

Ryan Streeter is the director of domestic policy studies at the American Enterprise Institute. He was in Detroit this week speaking about his community research.