Former congressman Beto O'Rourke attacked the president for rolling back regulations on "one of the most dangerous greenhouse gases." Sen. Kamala Harris warned the proposed change would be "so bad for our environment." 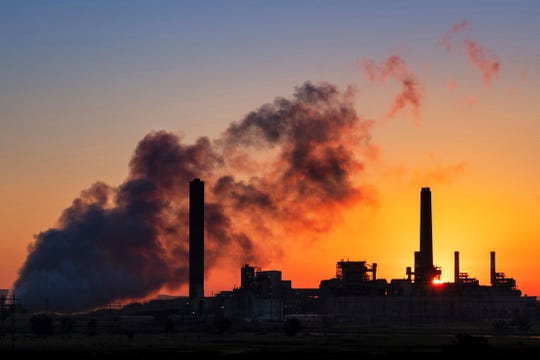 These worrywarts need to take a few deep breaths. The proposed rule doesn't weaken environmental regulations — it just makes them easier to follow. In fact, the proposal will empower energy companies in Michigan — and across the country — to invest in emissions-reducing technology.

Methane is an invisible, odorless gas occasionally released during oil and natural production. It traps more heat in the atmosphere than most other greenhouse gases. "Pound for pound, the comparative impact of [methane] is more than 25 times greater than [carbon dioxide] over a 100-year period," according to the EPA.

That's why the federal government keeps a close watch on emissions through a rule known as the New Source Performance Standards. NSPS governs emissions of methane, as well as gases called "volatile organic compounds," at well sites, natural gas plants, and compression stations.

Regulating both methane emissions and volatile organic compounds is redundant, since they're released together. It makes no more sense than a homeowner maintaining two separate, yet identical, to-do lists.

The president's proposal would eliminate this duplicative red tape by only regulating volatile organic compounds, including methane. It would also trim regulations that duplicate state rules.

The federal government will still regulate oil and gas infrastructure, including storage vessels, wells and pumps. It'll just do so in a smarter, less intrusive manner. That'll give energy firms more time to focus on combating climate change, rather than jumping through bureaucratic hoops.

Already, methane emissions are plummeting thanks to private-sector efforts.

Consider the Environmental Partnership — a group of 65 energy firms that share best practices on emissions reduction strategies. Formed in late 2017, the partnership has already conducted 156,000 surveys across 78,000 oil and gas sites, inspecting over 50 million components. Member companies detect and repair 99% of leaks within 60 days.

Partnership members have invested considerable resources into the newest, most environmentally friendly equipment. In 2018, they replaced 3,000 high-bleed pneumatic controllers, which release an above-average amount of methane into the air. Today, nearly 40 partnership members have completely eliminated these devices. Companies have also used underwater and aerial drones, as well as infrared cameras, to quickly and accurately detect methane and other invisible gases from a safe distance.

Over the past few decades, oil and gas firms have spent a combined $356 billion in making rigs, pipelines and operating sites more environmentally friendly. That's over $1,000 per U.S. resident.

Even if the president removed all methane regulations — which he hasn't — oil and gas firms would still regulate themselves. Leaks are bad for business, since methane is the main component in natural gas. As the EPA notes, "the industry has profit incentives to capture and sell" methane." This financial incentive helps explain why the industry's methane emissions account for just 3% of total U.S. greenhouse gas emissions.

Bob Beauprez is a former member of Congress and Republican nominee for Colorado governor. He serves as chairman of The Western Way, a nonprofit that aims to address environmental and conservation challenges with pro-market solutions.