The governor must slam the breaks on LARA’s recklessness and reverse course, McNeilly writes

Gov. Gretchen Whitmer’s Department of Licensing and Regulatory Affairs must be held accountable for a brazen and incredibly unethical attempt to railroad a group of workers and small businesspeople with a shakedown scheme straight out of a prime-time TV crime drama.

A Senate oversight committee last week started the process of accountability when they held a hearing on the shocking, state-sanctioned intimidation racket. They’re probing for answers. Michiganians deserve answers from the governor, too.  And when we learn who is behind the appalling scheme, heads should roll.

So what is it that’s got voters so outraged?

LARA is tasked with creating the rules under which workers and businesses will operate in the state’s new marijuana industry.  This administrative “state” agency reports to Whitmer. The department released a set of rules that would mandate applicants seeking licensure through the state’s Marihuana Act to obtain and maintain so-called “labor peace agreements” as a condition of operation. 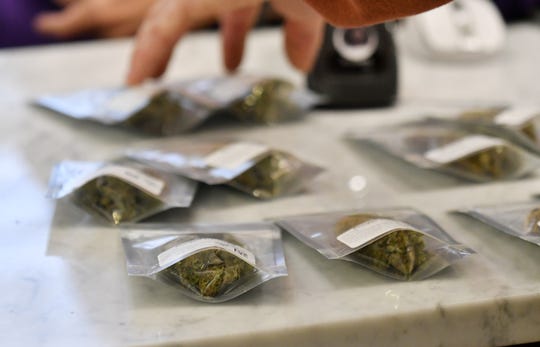 In plain English, it means LARA will refuse to license a business or allow it to hire workers unless those workers join a union or pay off the local union to keep the “peace.” This is not some type of fiction, it’s a fact they tried to do this.

LARA’s proposed rules are yet another example of corruption within Whitmer’s administration; this time, trying to use the literal force of government to unionize. Why? Well this move appears to be rewarding some of her biggest campaign donors with a huge cash windfall — and to intentionally and permanently destroy small businesses who refuse to comply.

There’s no need to mince words. The proposed rules would establish a system that both permits and encourages unions to engage in a protection racket — withholding their “blessing” from local shop owners and shutting down their entire business — unless the local shop owner ponies up union dues. In one administrative move, Whitmer is seeking to make the practices of organized crime and state government one.

LARA calls the rules a “labor peace agreement.” Normal people call this scheme a “shakedown” and pure political corruption at its ugliest.

The governor must slam the breaks on LARA’s recklessness and reverse course. The department owes residents an explanation, and the person or persons responsible for trying to sneak it past lawmakers must go. There can be no toleration of corruption in our state government.

This is about much more than the marijuana industry.

Allowing Whitmer’s goon-squad to enact a "forced union agreement" for any industry or business would have a chilling and devastating effect on others, too. If LARA empowers organized labor to engage in a state-sanctioned protection racket targeting one group of small businesses, there is little — if anything — to stop them from targeting other businesses, industries, and sectors.

The proposed rules also attempt an end run around the state Constitution, attempting to preemptively eliminate Michigan workers’ constitutional right to choose whether to join — or not join — a labor union.

It’s also a giant middle finger to the Legislature, flouting the Constitution’s separation of powers.  It’s an attempt by the Executive Branch to legislate by administrative rule.

Reining in the administrative state was a major sticking point in the recent state budget breakthrough.  Yet, this move proves Whitmer never intended to play fair with lawmakers. And she won’t. The Legislature be damned.

Insisting Michigan workers fund her biggest campaign donors is Whitmer’s policy. Or else.

Greg McNeilly is chairman of the Michigan Freedom Fund.