Opinion: Liberals rewrite the history of the Clinton impeachment

Clinton's partisan allies did whatever they needed to save him; the notion that rank partisanship was discovered in 2016 is nothing but revisionism

Opinion: Liberals rewrite the history of the Clinton impeachment

The "striking" difference between the Bill Clinton and Donald Trump impeachments, argue MSNBC hosts and others in the media, was not only the willingness of Clinton to "show contrition," but the willingness of his supporters to acknowledge that the president had done something wrong.

In the real world, Bill Clinton, with help from the entire Democratic Party, kept earnestly lying to anyone who would listen — the media, the American people, a grand jury — until physical evidence compelled him to admit what he had done. His subsequent "contrition," as impeachment picked up steam, was a matter of political survival. The notion that Trump engaged in "bribery" is debatable. The notion that Clinton perjured himself is not. 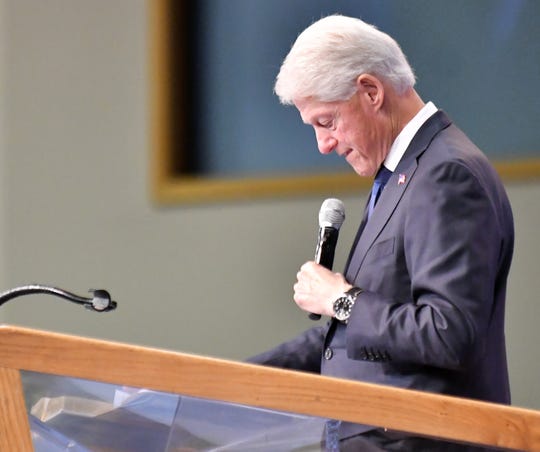 If it hadn't been for the Drudge Report bypassing the institutional media, in fact, Newsweek, still an influential magazine in 1998, would likely have sat on the Monica Lewinsky story until after the Clinton presidency had ended. This was probably the first time that online alternative media exposed corrupt coverage, and it certainly wasn't the last.

Then again, even after Drudge reported on Lewinsky's semen-stained blue dress, Clinton still lied about his affair to the country, famously saying, "I did not have sexual relations with that woman, Miss Lewinsky." His wife, Hillary, who almost surely knew the truth, told Matt Lauer that a "vast right-wing conspiracy that has been conspiring against my husband since the day he announced for president" was responsible for the charges.

If it hadn't been for Linda Tripp recording her calls, Lewinsky would doubtlessly have been smeared by the Clinton Janissaries like so many other women before her. These were the virtuous days before Donald Trump hit Washington, when the White House was running a "nuts or sluts" operation to protect the president, led by James Carville, who said that Clinton accuser Paula Jones was the kind of person you found "if you drag a hundred-dollar bill through a trailer park."

It wasn't until Tripp had handed Lewinsky's blue dress to investigator Ken Starr, who then concluded that the president had lied during sworn testimony, that Clinton finally admitted to the affair. And really, what else was Clinton going to do? Argue that it was acceptable to lie under oath and carry on sexual relationships with 23-year-old interns in the White House — sometimes while your wife and daughter and world leaders mingled in the other rooms?

More significantly, what liberals ignore is that Clinton's Starr-induced penitence was largely beside the point. Clinton wasn't impeached for acting like a dog; he was impeached for perjuring himself and obstructing justice -- on 11 very specific criminal actions — in a sexual harassment case.

And any perfunctory willingness by his allies to admit wrongdoing was quickly overwhelmed by a Democratic Party rallying around the notion that Clinton had actually been the victim of "sexual McCarthyism," a vacuous term that would be repeated endlessly on television by his supporters. Alan Dershowitz, then a Clinton defender, wrote an entire book titled "Sexual McCarthyism."

Worse, the entire country was soon plunged into an insufferably stupid debate over whether being fellated by an intern in the Oval Office should even be considered a sexual encounter. John Conyers's testimony defending Clinton's perjury on these grounds on the House floor makes some of today's defenses of Trump sound like the Catiline Orations.

Then again, Democrats largely offered the same arguments then that the GOP does today. "The Republican right wing in this country doesn't like it when we say coup d'etat," said Rep. Jose E. Serrano, D-N.Y. "So I'll make it easier for them. Golpe de estado. That's Spanish for overthrowing a government."

"Not all coups are accompanied by the sound of marching boots and rolling tanks," said Rep. Nita M. Lowey, D-N.Y.

"I rise in strong opposition to this attempt at a bloodless coup d'etat, this attempt to overturn two national elections," explained Rep. Eliot L. Engel, D-N.Y.

"This partisan coup d'etat will go down in infamy in the history of this nation," Rep. Jerrold Nadler, D-N.Y., said. And on and on it went in the House.

In the end, there would not be a single patriotic Democratic senator who was brave enough to stand up for the American justice system, for women, or for decency. Every single one of them chose partisan interests over their country and the cult of Clinton over the Constitution. (That's how it's done, right?)

Now, just as it's debatable whether Trump's Ukrainian call rises to the level of an impeachable offense, it was debatable whether Clinton's actions warranted it (I tend to think not). There's no debate, however, that Clinton had an affair with a subordinate in the White House and then lied about that affair under oath. His partisan allies did whatever they needed to save him because the notion that rank partisanship was discovered in 2016 is nothing but revisionism.

David Harsanyi is a senior writer at National Review and the author of the book "First Freedom: A Ride Through America's Enduring History With the Gun."