In Norway, once the debt to society is paid, ex-offenders have nothing hanging over their heads, Safavian writes.

Recently, I traveled to Norway to get an in-depth look at the country’s justice system.  When inside a Norwegian correctional facility, I asked the warden what restrictions are put on ex-offenders after they’ve done their time. His answer: None.

In Norway, the greatest price a criminal can pay is his or her loss of freedom. Once the debt to society is paid, ex-offenders have nothing hanging over their heads. As the warden explained, “if we did anything else, what would that say about how we value freedom?”

In the United States, unfortunately, we take a different path. There are nearly 48,000 restrictions placed on ex-offenders after they’ve done their time. These are restrictions that limit where they can live, what they can do for work, whether they can finish their education and virtually every other facet of their life. It may feel good to say: “if you can’t do the time, don’t do the crime.” But for those with felony records, the “time” is forever.

Restrictions on ex-offenders don’t expire. Our system brands people who have made mistakes for life. It’s no wonder that America has such a high rate of failure in its corrections system. When people can’t find meaningful work or a place to live because they have the “Scarlet F” for “felon,” it shouldn’t surprise anyone when they return to a life of crime.

This isn’t some theoretical issue. Every case of recidivism means another crime, another victim, another prosecutor’s file, and likely, another prison cell. Not only does recidivism make us less safe, it requires more jails and prisons, which eat up tax dollars. A new jail in Macomb County could cost $370 million, while the new Wayne County jail is expected to have an even higher price tag. But if we can cut recidivism, we can cut spending and make Michigan neighborhoods safer.

We know that getting a job is the single biggest factor in staying on the straight and narrow. The key to that is expungement. Sealing the records of non-violent offenders offers them a pathway to employment and redemption. But Michigan’s current expungement law is very narrow. It is limited to low-level misdemeanors and often requires a lawyer. The time and expense needed to expunge a minor case are so significant, 95% of the eligible cases in Michigan have not been sealed. 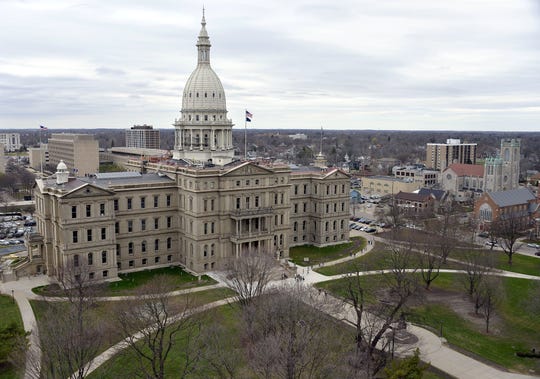 It doesn’t have to be this way. A bill has been proposed that will expand expungement in Michigan. HB 4980 was drafted under the guidance of Rep. Graham Filler (R-Clinton) and introduced by Rep. Eric Leutheuser (R-Hillsdale) and 48 other legislators from across the state. Patterned after legislation in Utah and Pennsylvania (two states not known for being soft on crime), the Michigan “Clean Slate” bill would automate the expungement system for people who have made past mistakes, paid their debts to society, and stayed out of trouble for ten years. It would allow the sealing of either two misdemeanors or one felony indictment, so long as the charges were non-violent and non-sexual in nature.

By expanding expungement opportunities, “Clean Slate” will help people who have made a mistake, return to society and not look back.  In doing so, we can cut recidivism and slow the revolving door in and out of Michigan’s prison.

Last year, Republicans and Democrats in Congress put partisanship aside to pass the federal First Step Act. When signing the bill into law, President Trump explained: “America believes in the power of redemption. America is a nation that believes in second chances, and third chances…and even fourth chances.” Maybe it’s time for legislators in Lansing to follow suit.

David Safavian serves as General Counsel at the American Conservative Union Foundation and is a Michigan native.