Opinion: Don't blame those keeping the lights on

"The impact of these and other restrictions, such as travel bans, cancellations of events, shuttering of restaurants and taverns, has been enormous."

Opinion: Don't blame those keeping the lights on

The coronavirus outbreak is a human calamity that now covers many countries, including our own. Our first reaction to this has been, understandably and commendably, to protect the health of our fellow Americans. In the past few days, governors in Michigan, Ohio, New York and Virginia have issued “stay at home” executive orders designed to mitigate the health impact from the virus.

Many of the restrictions included in these orders and others are necessary in this time of crisis. However, we must also recognize the serious effects of closing businesses, cutting wages and laying off workers. These are the direct consequence of forcing businesses to close and customers to stay home.

The impact of these and other restrictions, such as travel bans, cancellations of events, shuttering of restaurants and taverns, has been enormous. Economists at Anderson Economic Group have been estimating the impact in Michigan, Illinois, Ohio and the United States as a whole. Last week, we anticipated that 104 million American workers would lose at least two days’ wages between now and the end of April due to closures, cancellations and illnesses. That included approximately 1 million Michigan workers — far above the number unemployed in the worst month of the Great Recession, June 2009, when we endured a crushing 725,000 jobless workers.

These estimates were done before stay-at-home executive orders in Michigan, Illinois and several other states, and before the Detroit Three automakers agreed to shut down many assembly plants.

The shockingly high number of recent unemployment claims provide a grim validation of our warnings. Many workers, especially those in the hospitality and travel industries, have already been laid off, and many more are suffering severe cuts in wages and business earnings. Self-employed workers, including the independent contractors in the “gig economy,” are being similarly hard hit. As a result, we face deeper and longer reductions in employment and income than even we estimated a short time ago.

As we confront this health crisis, we must do some hard thinking about the potential damage to the lives and the livelihoods of these workers and their families. If we don’t consider the consequences now, we risk causing even more damage to our society, including to the health and safety of the very people we are trying to protect. That means making it possible for employers — especially small employers — to keep as many employees on the payroll and working as possible during the next few months, while following the precautions that are now widely known, as well as reasonable restrictions in emergency executive orders.

The former will require action by the state and federal government. That includes the helpful CFFRA, just signed into law, that will support paid leave during this crisis. It also includes compensation for those businesses that were ordered to close to protect public health. We need to recognize that compensating those businesses that the government ordered to close is not a “bailout;” it is doing the right thing. 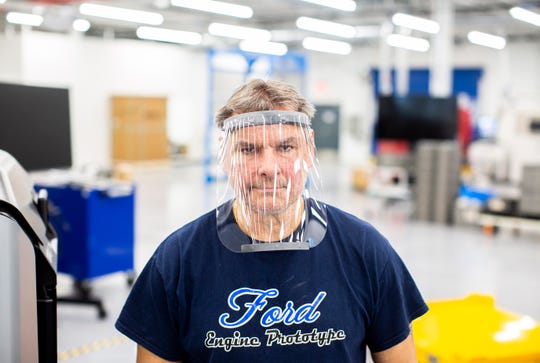 As Americans, we are at our best when we pull together in times of crisis. Some, however, have allowed panic to bring out the worst in them. A good friend of mine, a business leader for many years, read to me some of the hate mail he received after advocating that employers be afforded some flexibility in staying open. Some readers of this column may be inclined to join those condemning anyone trying to keep their business running, and even shout, “flatten the curve, you idiot!” However, before you denounce someone for working this week, ask yourself the following:

►Who makes sure your paycheck arrives this month, and your health insurance remains in force? Do you consider that an “essential service”?

►Who fixes, fuels, and manages the delivery vehicles that bring packages to your door?

►Who makes your Skype and Zoom calls possible, along with your Netflix binge-watching, Amazon ordering, and Apple TV subscriptions?

►How many people does it take to grow your food, clean it, package it, distribute it to a store, put it on the shelves, sell it to you, and then clean the store after you leave? How many of these workers would you like to walk off their jobs?

►Do health care professionals — and emergency workers and the people keeping the power on and the lights working — need their cars fixed, food purchased and houses repaired?

The workers listed above provide essential services that make it possible for the rest of us to shelter in place for the next few weeks. Without them, we’d be stumbling in the dark, crowding stores with dwindling stocks, failing to receive the news, digging our own latrines, and not having a functioning doctor’s office to visit when we need to do so.

We should, of course, make public health our priority. However, condemning those who are working, especially those running small businesses whose employees are dependent on them for their livelihoods, is at best counterproductive and at worst downright ugly. There is no avoiding serious losses to our economy from this crisis, but we can take steps to minimize the damage. It starts with recognizing that people working to make your life comfortable at home are people worth valuing. Caring is essential, too.

Patrick L. Anderson is principal & CEO of Anderson Economic Group LLC, a business consulting firm with offices in East Lansing and Chicago. Founded in 1996, the company’s clients include small and large businesses, universities, nonprofits, and trade associations across the United States. See the firm’s estimates of the economic effect of the coronavirus outbreak on their website: https://www.andersoneconomicgroup.com.