We can mitigate these risks by releasing people who no longer pose any threat to the public.

All over the country, incarcerated people face the growing threat of contracting COVID-19 as the virus infiltrates state correctional facilities. The illness has drastically increased the danger of incarceration and exposed the injustice of extreme sentences imposed on children. To preserve human life, we join urgent calls to release those most vulnerable to COVID-19 and to expedite resentencing hearings for those sentenced to life without parole as children.

Crowded correctional facilities exacerbate the dangers of this pandemic for those behind bars and the general public. In addition to a lack of access to hygienic products, incarcerated people are unable to comply with recommended social distancing protocols. Instead, they live in correctional environments where people can be packed into groups of seven or eight in one 10-by-20 foot cell.

As of April 19, more than 500 people incarcerated in Michigan and more than 200 correctional employees already have tested positive for COVID-19, and the Department of Corrections has reported 21 deaths — 19 prisoners, including William Garrison, a man previously sentenced to life without parole as a child who was due to come home in early May after 44 years of incarceration, and two staff members.

Many behind bars now face the reality that their prison sentence could become a death sentence as the virus overwhelms limited healthcare resources. Meanwhile, Michigan’s public faces an increased risk of contracting COVID-19 from correctional staff.

We can mitigate these risks by releasing people who no longer pose any threat to the public.

After accounting for people most likely to experience serious health complications if exposed to the virus, our courts and prosecutors should take a second look at those sentenced to life without parole as children.

Scientific evidence demonstrates that decision-making abilities and impulse control continue to develop well into a person’s twenties, and studies show that the vast majority of children age out of criminal behavior. This evidence is responsible for changes at the U.S. Supreme Court, which ruled in 2012 that life without parole for children is unconstitutional in all but the rarest of cases. In 2016, the Court made that decision retroactive, guaranteeing a resentencing hearing for all people serving this sentence in Michigan. 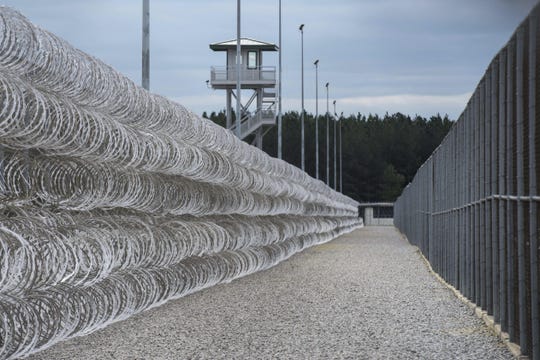 Yet in Michigan, nearly 200 people serving life without parole sentences remain in prison awaiting their constitutionally mandated resentencing, the highest number in the country. Despite the Court’s ruling that life without parole should be reserved for “the rare juvenile offender whose crime reflects irreparable corruption,” Michigan prosecutors have requested continued life without parole for 66 percent of the state’s childhood lifer population. Considering that 23 states plus the District of Columbia have banned this sentencing option entirely, and another six states have no one serving the sentence, Michigan is an extreme national outlier.

In the midst of the COVID-19 pandemic, continuing to seek life without parole at such a disproportionate rate without considering the increased health risks posed by incarceration is blatantly unjust.

Starting today, Michigan prosecutors should consider requesting withdrawal of motions seeking life without parole for those who committed crimes in childhood, and instead stipulate to resentencing for a term that would provide for immediate parole eligibility, if applicable. They should also expedite resentencing for people over age 50, those with serious health risks, and those who are at a low risk of recidivism. Similarly, the Parole Board can fast-track the release of people already granted parole. As a last resort measure, Gov. Gretchen Whitmer could commute sentences on an expedited basis.

As the number of COVID-19 infections and fatalities skyrockets, now is the time for Michigan to join the rest of the country in providing a fair chance for incarcerated persons who have demonstrated redemption and maturation for offenses committed as children. We urge our colleagues to take immediate steps to save lives in Michigan prisons.

Dan Manville is a clinical professor of Law at Michigan State University.

Eli Savit is a candidate for Washtenaw County Prosecutor.

Monica Jahner is a member of the Michigan Joint Task Force on Jail and Pretrial Incarceration.