Opinion: Protests show 'two Americas' — those who lost their jobs and those still getting paid

People don’t appreciate being condescended to and bossed around, especially when the leaders ask them for sacrifices without empathy and humility.

Opinion: Protests show 'two Americas' — those who lost their jobs and those still getting paid

OK, so the country has been shut down for about a month, and we’re seeing cracks start to form. While some epidemiologists are talking about keeping things closed down for months longer, we’re also seeing growing public protests around the nation, as people call for restarting things.

Others shame them as “virus deniers” and accuse the protesters of wanting people to die. But it’s hard not to notice a class divide here. As with so many of America’s conflicts, the divide is between the people in the political/managerial class on the one hand and the people in the working class on the other. And as usual, the smugness and authoritarianism are pretty much all on one side.

The divide is best summed up in a tweet by Brian Stelter of CNN, and a response. Stelter tweeted: “I crawled in bed and cried for our pre-pandemic lives. Tears that had been waiting a month to escape. I wanted to share because it feels free to do so. Now is not a time for faux-invincibility. Journos are living this, hating this, like everyone else.” 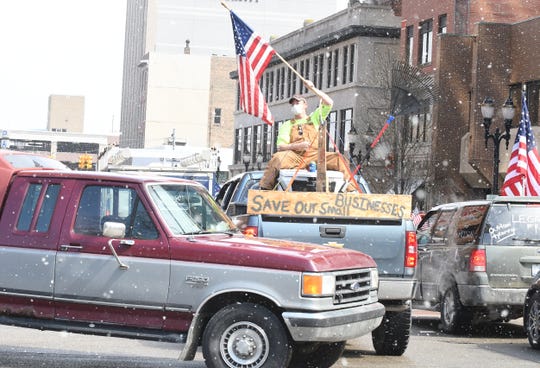 Protesters, from their cars and on foot, surround the State Capitol during "Operation Gridlock" in Lansing, Michigan on April 15, 2020. (Photo: Daniel Mears, The Detroit News)

An America without sympathy

Some people mocked this as unmanly — and in fact, it’s hard to imagine hearing this from, say, a British journalist during The Blitz — but one response cut deep: “Such bravery. Let's all take a moment to think about the journos working from home while millions have lost their jobs.”

Likewise, in Los Angeles — where less than half the county is working now — radio journalist Steve Gregory asked the L.A. County Board of Supervisors whether any of them were willing to take voluntary pay cuts during this crisis. He was told by the chair that his question was “irresponsible,” which is to say embarrassing and inconvenient. (By contrast, New Zealand’s senior officials, including the prime Minister, are taking a 20% pay cut.)

That’s a formula for disaster, and it has made worse by the heavy-handed approach taken by some government officials enforcing quarantines. We’ve seen news story after news story of officials going after people whose actions pose no danger of contagion — lone joggers on a beach, lone paddleboarders off the California coast, a father throwing a ball to his daughter in a public park — and every time that happens the shutdown loses moral authority.

It’s no surprise that a major center of resistance to the shutdown has emerged in Michigan, whose Gov. Gretchen Whitmer has shown all the sensitivity of an angry third-grade teacher in administering a shutdown regime that often makes no sense — banning sales of seeds in stores that are open for other purposes, or allowing sailboating but banning powerboating. Her response to the protests, a threat to extend shutdowns further, seems calculated to inflame things further. 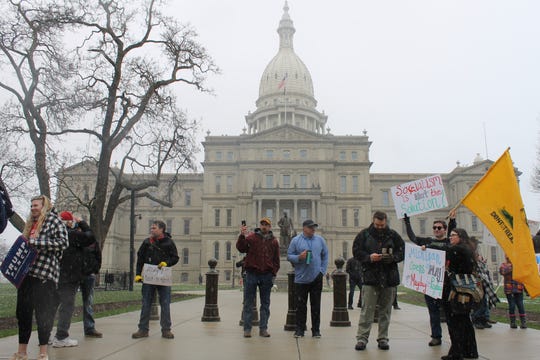 Protesters gather in front of the Michigan Capitol on Wednesday, April 15, 2020, to protest Gov. Gretchen Whitmer's stay-at-home order. People are supposed to remain six feet apart to stem the spread of the virus. (Photo: Craig Mauger / The Detroit News)

We need leaders with humility, empathy and self-discipline

Then there are the hypocritical gestures, like Chicago Mayor Lori Lightfoot’s illicit haircut, which she justified on the grounds that she’s in the public eye. Yes, Mayor, you are, but you’re being judged on your conduct, not your hairstyle, and your conduct looks bad.

Ultimately, this rising resentment is itself a failure of public health, and of public health administration. You can complain that people are irrational and resentful, that they don’t “believe in science,” or whatever. But people are what they are, and their response to epidemics is surprisingly predictable. If your messaging — and your behavior — inspires resentment that causes people to resist and ignore public health messages, then you have failed at your job, whatever the amount of scientific knowledge you bring to bear.

Sadly, to succeed in their job, our leaders will need to possess humility, empathy and self-discipline. Those traits are in sadly short supply in our leadership class. We will all pay a price for that, though if recent history is any guide, our leaders will pay less than the rest of us.

Glenn Harlan Reynolds, a University of Tennessee law professor and the author of "The New School: How the Information Age Will Save American Education from Itself," is a member of USA TODAY's Board of Contributors. This article first ran in USA Today.