"Washington has been largely unresponsive to the needs of institutions that are critical to recovery from this crisis: local governments."

As elected officials who are deeply involved in the response to COVID-19, we hear every day from constituents who are eager to return to jobs, outside activities, and normal lives. And while the two of us do not agree on every issue, we do see eye-to-eye on this: Washington has been largely unresponsive to the needs of institutions that are critical to recovery from this crisis: local governments.

In the CARES Act, the third emergency appropriation bill signed on March 27, $150 billion of federal assistance was made available to states and cities of 500,000 or more residents. In Michigan, only Detroit qualifies. 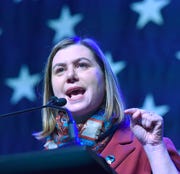 We are therefore still waiting on Washington to answer the bipartisan call for assistance to smaller communities. Thus far, we have heard conflicting messages about whether additional funding for cities or states will be the subject of the next COVID-19 appropriation. Meanwhile, mayors across the country are looking at budgets decimated by the combination of emergency spending to protect residents from the virus and by cratering revenues from lost sales taxes, use fees and other sources that fund daily operations. In most cases, the latter far outstrips the former.

Already there are reports of layoffs, furloughs and job cuts, many of them affecting communities that have been especially hard hit by COVID-19. A joint survey by the U.S. Conference of Mayors, which one of us leads, and the National League of Cities, shows that nine out of 10 local governments expect budget shortfalls because of COVID-19. Congress must act to counter this danger. In particular, Congress and the White House should provide support to small and mid-sized communities that have been almost entirely left out of the legislative response to date.

Why is this vital? First, to protect health and safety. If local governments are forced to cut deeply, the jobs of the police, firefighters, health department workers, water and sanitation workers and other key personnel responding to this crisis are at risk. Mass layoffs at the local level will make it that much harder to protect the health and safety of our citizens, and at a certain point will cut into basic services our residents expect to be there.

We understand that there are leaders of good faith who have legitimate concerns about how state and local aid might be used. Debate in the virtual halls of Congress has centered around many members not wanting to pay for the debts that cities and towns may have incurred long before COVID-19. That is understandable. But there are plenty of common-sense ways in which we can ensure that federal aid is scoped to cover COVID-19 costs and lost revenues compared to prior years — and not debts from long before the crisis.

This should not be a partisan issue. This is about beating back this virus, getting back to work, and ensuring that our residents have the basic services they need. The administration has said that the response to COVID-19 will be federally supported and locally executed. There is nothing controversial about helping cities that are helping to defeat this crisis.

If we fail to support local governments as the nation struggles to recover from COVID-19, Democrats and Republicans alike will suffer as a result.