"As officials strive to balance public health and the rights of citizens, public confidence is their strongest ally."

American wits from Harriet Tubman to H.L. Mencken have opined on the exercise of balancing liberty and safety. In the midst of the COVID-19 pandemic, finding that balance has high-stakes implications. And Americans’ ability to trust the political process — already foundational to a healthy democracy — becomes even more critical when public leaders are asking people to make personal sacrifices for the greater good of public health.

Real or perceived abuse will make it harder for public officials to gain the public confidence they need to act. In Maryland, police have arrested people for failing to maintain social distancing. In California, they’ve chased people out of the ocean who weren’t near anyone. In New York, the mayor broke up a rabbi’s funeral and specifically threatened Jewish citizens with arrest. And in several states, officials ticketed and threatened Easter churchgoers who stayed inside their cars for a “drive-in church.”

Each of these cases involved a judgment call by local authorities who are doing their best to perform the unpleasant but necessary task of balancing public health and civil liberties.

For going on two months now, a majority of Americans has taken the reasonable view that supporting these kinds of restrictions are acceptable because individual actions can help save lives during the coronavirus pandemic. Most Americans gave government the benefit of the doubt, forgoing the exercise of fundamental freedoms to “flatten the curve.” 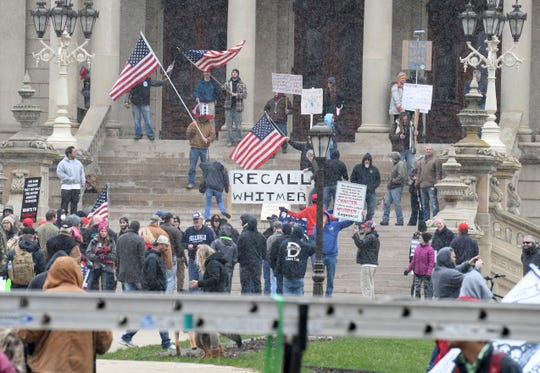 But as cracks begin to appear in that solidarity, government must adjust quickly to new information and changed circumstances — especially when it comes to actions that violate people’s civil liberties. Government overreach, apparent attempts by political adversaries to score political points and use coronavirus to claim more power for themselves, and seemingly arbitrary distinctions between some activities deemed essential and some deemed “non-essential” have helped to widen those cracks in public confidence in government.

However necessary those restrictions are, if officials want them to actually be effective, they must continue to implement and exercise their extraordinary powers in a manner that will build public confidence, not diminish it.

Here’s a framework of five factors for policymakers to consider:

► Invite the public into the process. Government action impacting public health and safety during a crisis calls for more transparency, not less. As it assumes more power over the livelihoods and liberties of citizens, it can maintain public trust by making public the information used to determine what restrictions are being imposed and the reasoning behind them. Public officials can also invite community leaders to advise. Community and faith leaders are continuing to serve their neighbors and help their fellow citizens through this crisis. They have unique, local knowledge on innovative ways they can begin to reopen and expand this service while protecting public health.

► Reassess, reassess, reassess. Orders restricting civil liberties should be time-limited and subject to frequent periodic reviews, expiring after a week or two but renewable if they are justified by the public health crisis. Sunset provisions such as this help ensure officials are mindful of the burdens they are placing on their constituents and the extraordinary nature of the powers they wield, while providing regular opportunities to adjust as more data is gathered and public health needs evolve. 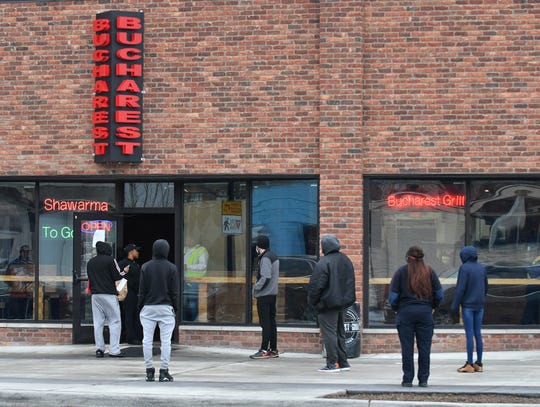 People stand a safe distance apart while waiting to pick up their orders at Bucharest Grill on Livernois Avenue in Detroit on April 23, 2020. (Photo: Robin Buckson, The Detroit News)

► Keep it focused. Limits on civil liberties should be as narrow as possible. If drive-in church services or protests that respect social distancing guidelines and use masks are possible without jeopardizing public health, they should not be prohibited. Overly broad restrictions on constitutionally protected activities make it less likely the public will tolerate those limits for an extended period and heightens the risk that people will perceive officials as abusing their authority, lessening respect for strictures that are truly necessary.

► Allow for modifications. Government should be seeking ways to facilitate modified versions of religious services, public protests, and other constitutionally protected activities by making safer spaces and equipment available where possible. Rather than imposing blanket bans, officials should be proactively seeking ways to facilitate the exercise of First Amendment freedoms whose normal exercise is limited by their own orders. Are there large public spaces or video equipment that can be safely and temporarily used by small religious or community groups?

► Ensure equal application. When touching on free expression and religious freedom, it’s imperative that those imposing the restrictions be consistent. Constitutionally protected activities should not be more restricted than other activities — protesters deserve the same consideration as joggers, for example — and any restrictions on assembly or speech must be content-neutral, applying to all in the same way. 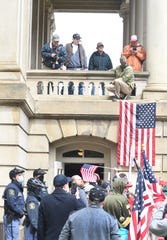 Protesters wait in line to enter the Capitol after a rally on the front steps and lawn in Lansing on April 30. (Photo: Daniel Mears, The Detroit News)

As officials strive to balance public health and the rights of citizens, public confidence is their strongest ally. But if they get too comfortable with the extraordinary powers they can exercise during a public health crisis like this one, they will squander the public trust. With government as with one another, the best way to be thought competent and trustworthy is to be competent and trustworthy.

Casey Mattox is a senior fellow at the Charles Koch Institute.