Opinion: Economic equality is one step in addressing systemic racism

"Racism and inequality are barriers to economic opportunity."

Opinion: Economic equality is one step in addressing systemic racism

As the U.S. grieves the deaths of too many Black men and women at the hands of police officers, we must shine the light on all of the racial atrocities that have brought us to this place and time. Discrimination and bigotry perpetrated against Black Americans is an economic, civil and human rights issue. It is an issue of access, poverty and disenfranchisement.

I am angered and saddened that our nation has yet to eliminate the inequities that create a system of economic racism. Perhaps that time is now — birthed from our country’s mourning and cries for justice. I’m hopeful that from George Floyd’s death comes the courage to acknowledge all of what is broken between the races, and the moral strength to make it right.

Racism and inequality are barriers to economic opportunity. Our nation’s Black population disproportionately suffers a host of economic injustices such as:

► The median Black family has only 10% of the wealth of the median white family.

► Black workers are more likely than other workers to be in front-line jobs, exposing them to greater likelihood of contracting COVID-19 at work.

► Black Americans are more than twice as likely to live in poverty compared to white Americans.

► The unemployment rate for Black Americans is generally twice the rate for white Americans.

► Black men earn up to $1 million less than white men over their lifetimes.

Monica Lewis-Patrick, president, We the People of Detroit, said it best, “We can't…declare ourselves the wealthiest nation in the world and still have these major inequities and disparities that are glaringly based on race.''

The DEGC encourages lawmakers to address the persistent inequities in our economy that prevent upward mobility for Black Americans. This includes increasing spending on worker training, access to historically exclusionary industries and employment protection for all people of color. At the highest levels, minorities must be allowed a voice in addressing gaps in our economy and allocating resources for economic reform. 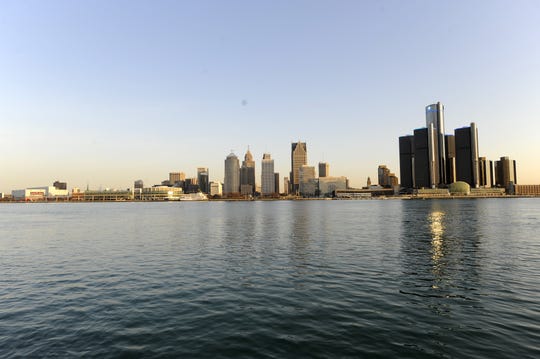 For more than 40 years, DEGC has been Detroit’s leader for economic development. Today, we renew our commitment to inclusive economic development, ensuring all of our policies and programs are built on a solid foundation of access, opportunity and shared prosperity. We hold everyone who benefits from Detroit’s growth accountable for reinvesting those benefits back into our community. If you open a company here, we want you hiring Detroiters. If you’re doing business here, we want you supporting our local businesses. If you profit from being in Detroit, we want you to help lift our youth.

While inclusive economic development won’t end racism, it can help to reduce poverty, build generational wealth and improve the overall quality of life for Black communities. The DEGC is committed to providing inclusive programming to attack economic injustice head on by:

► Building neighborhood commercial corridors that provide residents access to quality and affordable goods and services in their local communities.

In Detroit, where one-third of the population lives in poverty, there is no more important task than rebuilding our Black middle class. Middle-class families have more economic security, buy more goods and services, invest in infrastructure and education, incubate the next generation of innovators, and create wealth that can be passed to the next generation.

With increased financial power, Black middle-class Americans can have the leverage to demand inclusive economic policies for Black Americans at all rungs in our economy. The DEGC is an ally with Black America on the journey to achieve financial equality and economic justice. We ask all of our public and private partners to take the same decisive action, and demand inclusion and accountability in Detroit’s economy.