Perhaps voters take a broader view of the effects of a tax hike, and judge the costs to society too expensive, Hohman writes.

Government spending interests have no limits to the demands they make on lawmakers for more money. But revenue is limited, and so they make do with what they can get. If only they could just raise taxes, life would be easier.

But they often find that legislators are not as enthusiastic about raising taxes to meet their demands. Generally, lawmakers tend to view tax hikes as unpopular and are reluctant to raise taxes on the public.

It seems like taxpayers should have weak political power, especially compared to interest groups who rely on government funding. The costs of a tax hike are spread across a large number of people, so taxpayers only face small additional burdens to themselves. On an individual level, few tax hikes will destroy a person’s livelihood. They instead make livelihoods a little more expensive.

Perhaps voters take a broader view of the effects of a tax hike, and judge the costs to society too expensive, even if their individual burden is small. People don’t want their neighbors to lose their jobs because of a tax hike. 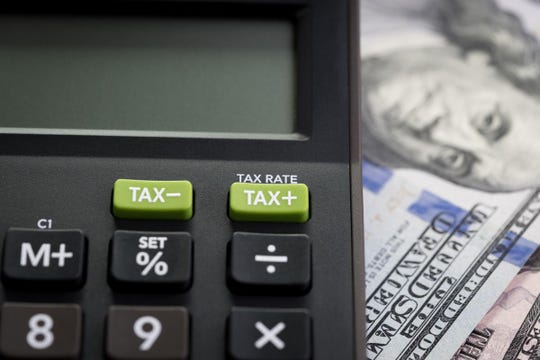 Or perhaps people think that they pay enough in taxes already, regardless of whether they can afford it or of the broader economic effects. People may then be skeptical of tax hikes because any additional tax burden would push them beyond what they think is fair.

This reaction shows up in the polling data. Only 3% of voters think that they pay too little in taxes, according to a poll from Morning Consult + Politico. Other polls show similar results.

Popular support for tax hikes is larger if the new taxes are paid by other people. For instance, 66% of voters think corporations pay too little in taxes. Similarly, 63% believe households with higher incomes should pay higher taxes, too. Higher-income voters themselves don’t share that belief — only 3% of people with household income above $100,000 per year think they pay too little in taxes.

People don’t want to pay more in taxes, but they appear willing to make others pay more. So, it should theoretically be easy to raise taxes as long as the tax hike is limited to small numbers of people.

Yet it doesn’t work out this way in practice, at least in Michigan’s recent history. The tax hikes placed on the ballot for voter approval in Michigan have a lousy track record. In fact, there has been no tax hike approved by statewide voters in the past 50 years. Broad tax hike proposals put on the ballot in 2015, 1989 and 1980 all were rejected by voters. Though to be fair, some tax limitations and tax cuts also were rejected by voters over that period as well.

The 2015 increase in sales and fuel taxes was rejected by 80% of voters. On the other hand, a 2014 proposal to create new exemptions to taxes on business equipment was approved by 69% of voters. That’s especially interesting given that most voters probably weren’t subject to the tax.

The closest thing to a tax hike approved by voters in the past 50 years was Proposal A in 1994. This included a reduction in property taxes, an increase in sales taxes, a new limit on how fast an individual’s property taxes can grow, and it made huge changes to how schools are funded. But that only succeeded after a number of failed attempts to pass similar tax shifts and school funding plans.

The lack of tax hike success at the state ballot box may be due to a lack of trust people have for state politics. People have a generally negative reaction to a tax hike — perhaps assuming that it’ll hurt them, regardless of whether it is directed at them or not — and it takes a persuasive effort from a trusted source to get them to support it.

This may be why local governments find it easier to get voters to support property tax hikes. Voters may trust local governments more, and this trust may push people beyond their belief that they are taxed enough already.

Lawmakers care about how voters will react to their policies. This sets the bounds on the Overton Window of what is politically acceptable. Tax hikes aren’t out of the realm of possibility, but people are sensitive to them and lawmakers find them hard to pass.

Perhaps there’s a lesson in this for government spending interests, however. What they want seems opposed by general voter sentiment. Instead of focusing on lobbying politicians who cast the final vote, these special interests might do better by building broad-based social trust and support for their programs. That’s a tougher sell, but it might be what’s necessary to get voter approval for broad tax hikes.

James M. Hohman is the director of fiscal policy at the Mackinac Center for Public Policy, a research and educational institute located in Midland, Mich.