Detroit isn’t the only city confronted with severe inequality, as it leads the nation in poverty among big cities. Less than two hours away, another city, Jackson, Michigan, with its diverse population of 32,000 — including 67 percent white, 23 percent black and 5.7 percent Hispanic — is grappling with economic inequality. At the same time it is witnessing an economic boom in the downtown area. 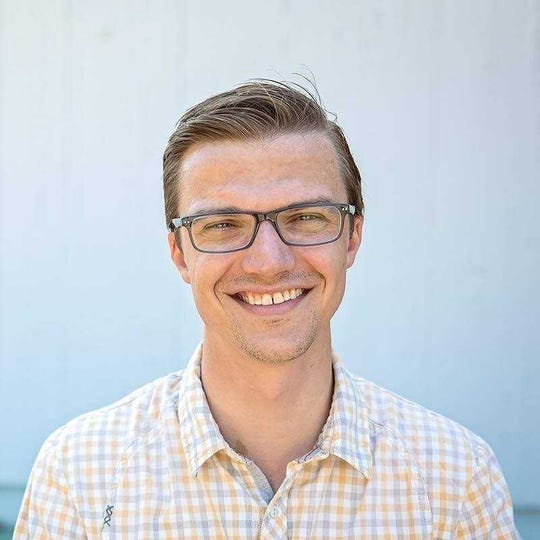 Though smaller than Detroit, the poverty rate in Jackson according to the census is 32.8 percent. About 52 percent of its children live in poverty, and the median household income is $28,000 annually.

But the city’s mayor, Derek Dobies, now in his second year, wants to guarantee economic security for his residents. To demonstrate that Dobies used his Feb. 20 State of the City address to convey some serious policy proposals about his commitment to cut Jackson’s poverty by half in the next decade.

His speech given at the Martin Luther King Jr. Recreation Center was unconventional for its audacity, as well as candid regarding the substance and common-sense approach he applied in how to combat poverty and ensuring Jackson’s black community is not left behind.

“We realize that despite great advances in civil rights, we still have a long way to go. And if we are going to rebuild our city, we must do it in a way that is inclusive, cognizant of the institutional hurdles some face in participating in our city’s renaissance,” Dobies said. “We must recognize the disparities that exist in our city between black and white, between rich and poor, and work to address it.”

To further drive home his poverty message, Dobies chose a neighborhood that exemplifies the ugly truth of Jackson’s inequities.

“To the one right here. Chittock to Cooper, Franklin to High. This neighborhood around the MLK Center, where we gathered tonight, is our hardest hit neighborhood. No question,” Dobies said. “It’s 65 percent African-American. It’s also where average per capita income is a mere $9,000 per year, and 57 percent of the residents and 74 percent of the children live in poverty.”

Key among his prescriptions to drastically reduce poverty is an affordable housing plan for communities that are in dire straits.

“I’m proposing to incorporate a new Affordable Housing Development non-profit to promote city living and neighborhood stabilization through the preservation and production of affordable, accessible housing and support services that enhance the quality of life for those in need,” Dobies said. “And it’s also why we should create an Affordable Housing Trust Fund to award loans and grants to develop affordable housing projects, encourage homeownership, prevent foreclosures and provide housing-related services, including accessibility modifications, home repair and support for the homeless.”

Dobies also said his administration will focus on minority business growth by “pipelining minorities into opportunities and find ways to promote more minority-owned businesses to open up shop in our city and bring more jobs, economic stability and security to our neighborhoods.”

Another issue that concerns Dobies is ensuring economically disadvantaged tenants find a place to live, an issue similar to Detroit’s own landlord-tenant crisis, which was the focus of a Detroit News report. He said the issue will be mitigated with the “first-in-the-state Displaced Tenants Ordinance  —  providing tenants, who are forced to vacate dangerous, unsanitary units due to slumlord neglect, with relocation costs and up to 90 days of temporary housing.”

Dobies revealed that he is conveying a poverty summit in the summer because “closing that gap requires us to understand poverty.”

Meanwhile, Detroit Mayor Mike Duggan is set to deliver his own State of the City address March 5, according to spokesman John Roach. But city officials have been tight-lipped about what the mayor will say.

It’s unclear whether Duggan will focus on how his administration can carry everyone in Detroit along, the biggest challenge of the recovery, in a similar way the mayor of Jackson recognized that no one should be left behind in the renaissance taking place in his city, where downtown Jackson has already received millions of dollars of investment.