Bankole: What is missing in ‘Sambo Awards’ debate

"Don’t forget that protest is an important ingredient our democracy cannot afford to lose," Thompson says

Bankole: What is missing in ‘Sambo Awards’ debate

Protest is a democratic tradition that has been at the center of this nation’s quest for a more perfect union. It was relevant during the civil rights movement, and it is still relevant today in the context of the challenges we face in poor places like Detroit. 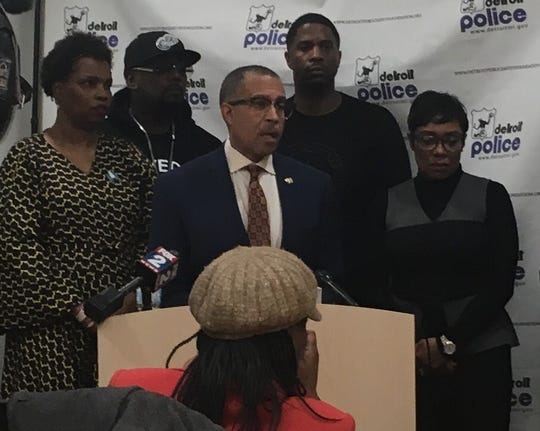 We can legitimately have an intellectual debate about the use of the Sambo Awards that Police Chief James Craig and others deem as racially offensive, Thompson writes. (Photo: George Hunter / The Detroit News)

From the earliest blacks who used the phrase “no taxation without representation,” in their demand for the right to vote, to the Rev. Martin Luther King Jr.’s dictum  “fierce urgency of now,” protest has been used to call attention to the needs of the most impoverished in society.

It’s also proven to be one of the most important forms of getting elected and appointed public officials to pay attention to political and socioeconomic issues of importance.

The recent political dustup over the “Sambo Awards,” given to Detroit Police Chief James Craig, and Gary Brown, the head of the Detroit Water and Sewerage Department, may be viewed strictly through the lens of a negative racial connotation because it refers to a loyal black servant.

But I see the awards as an act of protest. This is not the first time that the "Call ‘Em Out Coalition," which organized the award last weekend, has given out awards to individuals they feel merit the recognition, which can also be viewed as political sarcasm. They are not powerfully connected people. They are not connected to the economic resources of downtown Detroit. They are not the black civic leaders who follow the status quo.

They are simply a group of black Detroiters who see suffering first hand in their daily experiences, which often is ignored in the media.

We can legitimately have an intellectual debate about the use of the Sambo Awards that Craig, Brown and other black public officials deem as racially offensive. But we should not do it to the extent of undermining the very notion of protest. We should not question the contributions of those who have been leading the charge in the trenches in Detroit asking their own local government to help its most vulnerable residents.

In the drive for an inclusive Detroit, we should not try to discount those who are easily viewed as expendable as a bunch of individuals trying to create trouble or make life unbearable for those in office. Any conscientious leader will find time to sit down and talk with them and hear their concerns.

Moreover, those who use the streets with placards every now and then in defense of democracy to remind political leaders to simply do their job, should not be minimized on the basis that a community group decided to use an award to get the attention of the city’s top cop and other prominent blacks in office.

Sometimes protest is the only option those who feel powerless have. The irony is that the racial turmoil the police department is undergoing in the 6th Precinct didn’t seem to get the attention of some of the people who are complaining about the award except for Craig himself.

I’m still waiting for Mayor Mike Duggan to convene a press briefing to explain the recent racial problems with the police department. His public silence on the issue doesn’t help the city or that department heal from its racial strife.

The Sambo Awards that Craig, Brown and others receive didn’t put their lives in danger. But what was done to Ariel Moore, the African-American woman who was made to walk in a dangerous cold winter in January after an encounter with fired police officer Gary Steele, put her life in danger. Anything could have happened to her that night.

Shutting water off in the homes of poor families arguably puts the lives of innocent children in danger. Evicting poor families from their homes as the Detroit News has reported in the past, places them in danger, especially when they have nowhere else to go.

Be mad as hell about the Sambo Awards, but don’t forget that protest is an important ingredient our democracy cannot afford to lose.