"I agree with Pelosi that impeaching Trump right now is not worth the effort." 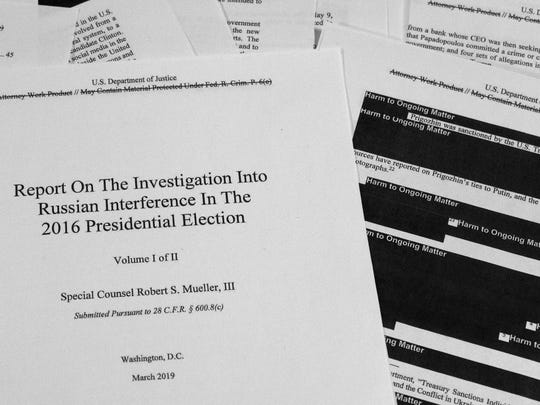 The redacted version of Robert Mueller’s report is causing a stir in the political world, and it is just what some Democrats think they need to push for impeachment of President Trump in Congress for possible obstruction of justice. The seemingly damning evidence contained in the 400-plus page report detailing a litany of instances of how Trump wanted to take control of the investigation of Russian meddling in the 2016 election is only going to increase the cries for impeachment.

But Democrats may be walking into a political death trap with an impeachment proceeding in the House. The Republican-controlled Senate won’t vote to convict Trump and a future political trial would only play into Trump’s hands ahead of the 2020 presidential election.

If House Democrats go down the road of an impeachment, Trump would play the victim card, galvanize sympathy and reignite his 2016 campaign rhetoric of “this is our last chance,” and use the trial to rally his base for support.

At the heart of Trump's 2016 campaign were claims that the system is rigged against those with no connection to the powerful in Washington, D.C. Impeaching him will provide him with more fodder ahead of his re-election bid to further excoriate the political system as not only rigged, but also render his own trial as the most glaring example.

And because Democrats always have a messaging problem in connecting with voters, they can’t out-communicate Trump, who has proven to be an effective communicator regardless of whether you agree with what comes out of his mouth.

An impeachment will also force some independent voters to think hard about whether the actual removal of a sitting president should be done by the voters themselves —especially when the election is less than 18 months away — or members of Congress.

While Democrats can legitimately claim they have a constitutional duty to protect the nation and save it from the actions of Trump, no argument trumps the responsibility of voters themselves deciding the fate of a president whose tenure has been mired by crisis. It would seem plausible under the current climate that the job of ending the Trump presidency should be left to those who put him in office.

History has shown that removing a sitting president is a difficult undertaking fraught with lots of political risks, as Bill Clinton's own impeachment proceedings revealed.

I often don’t agree with Speaker Nancy Pelosi on a wide range of governance issues and her tactics. But I agree with her that impeaching Trump right now is not worth the effort.

At this point, House Judiciary Committee Chairman Jerry Nadler and others should proceed with their multiple layers of investigations regarding the Mueller report, and subsequently report their own findings to the public. If they are able to complete the investigations before next year’s election, they would be in a better position to make a stronger case against Trump winning a second term.

For now, Democrats would do better sorting out who among their presidential candidates is best positioned to take on Trump. If Democrats can’t figure out an effective strategy to unseat Trump by presenting the most potent and viable contender, they will find themselves in a similar position the Republican Party was in in 2016, when it didn’t expect that Trump would win the nomination and eventually become president.

The stakes are high. It’s up to Democrats to convince the American public that they can better chart a new course with ideas that are far better than the ones we’ve seen in the last two years.

One thing that Democrats are good at is squandering opportunities. They don’t know how to seize the moment to make a compelling political case for why voters should entrust them with running the nation from the White House.

The redacted Mueller report is tantalizing, juicy and reads like a movie script. But the details in the report should not lead Democrats to jump on the bandwagon of impeachment right away. How they play the card they’ve been dealt by Mueller could potentially determine the outcome of the 2020 election.

Catch “Redline with Bankole Thompson,” which is broadcast at 11:30 a.m. weekdays on Superstation 910AM.