Cummings was an indefatigable voice tearing down social injustice not only in his district but across the country, Bankole writes 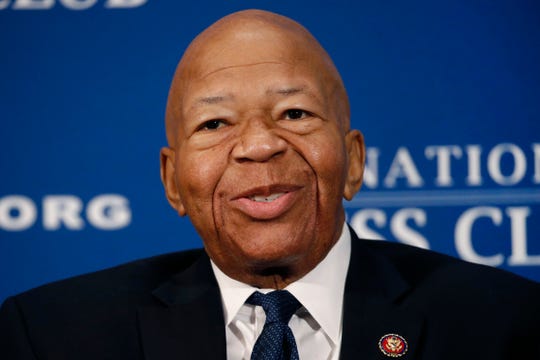 Tributes have been pouring in for the late 68-year-old Baltimore Congressman Elijah Cummings, the bold and courageous leader, whose sudden death last week left a gap not only in Congress, but across black America.

Cummings, who was chairman of the powerful House Oversight and Reform Committee, has been an indefatigable voice seeking to tear down the walls of social injustice not only in his district but also across the country.

In Congress, he almost single-handedly championed Flint's cause during the water crisis. He uplifted the poor.

When he first got to Congress in 1996, he vowed that he was there to empower people and give those who are often sidelined on the most crucial issues a voice to be heard. 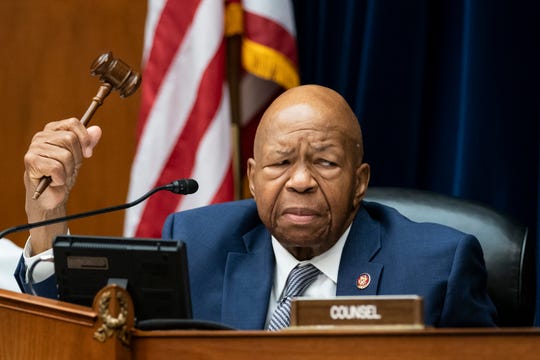 His death is felt more in the black community, and there’s a reason for that. In these strange and challenging times, few blacks in elected office — whether local or national — use their positions to push persistently for equality the way Cummings did.

During a commencement address at Morgan State University in May, Cummings told graduates how his humble beginnings led him to travel the long road of freedom.

“You’re not hearing this from someone who grew up with a silver spoon. I didn’t even have a plastic one,” he said.

Yet Cummings ended up becoming a prominent member of the black aristocracy, the ruling class in the black community, often the ones deemed qualified to hold elected office because of their exceptional capabilities.

Still, Cummings did not disappoint the race, and his life was a forceful response to the biblical admonition: “To whom much is given, much is required.”

Cummings’ life of public service was a remarkable and breathtaking response to the longstanding challenge that W.E.B. Du Bois, the 20th century black scholar and champion of equality, handed down in his writings. Du Bois emphasized the need for the black political and economic elites to step up and fight for the masses of poor blacks who are caught in a tangled web of economic instability.

“The better classes of negroes should recognize their duty toward the masses. They should not forget that the spirit of the twentieth century is to be the turning of the high toward the lowly, the bending of humanity to all that is human, the recognition that in the slums of broken society lie the answers to most of our puzzling problems,” Du Bois said.

The difficulty and the seemingly lack of progress in the wider black community has always been a lack of clear political and economic strategy to advance the interest of blacks. Too often, those with the platforms and the resources to make the case for economic justice, have ventured away from their own roots.

There are few voices like Cummings, who like Du Bois has been insistent on making the moral and political case against the kind of political and social oppression that is all too familiar in the black community.

Obviously Du Bois understood that those in the ranks of the black community who have done well for themselves have an inescapable responsibility to fight the issues that perpetuate class stratification.

That is why the absence of Cummings underscores why in places like Detroit, Benton Harbor, Flint and other urban cities where poverty remains the dominant issue, the demand for the black aristocrats to rise up to the challenge of inequality is even more sobering.

“We are at a crossroads. At 68, I have now lived longer than I will live. Your lives are in front of you, and so I beg you to go out and stand up for this democracy,” Cummings told Morgan State University students.

And like other towering black figures, he has joined the ancestors and we will remember how he took center stage in the quest for racial justice. The challenge now is ours.