"Everyone invested in good governance should pay attention," writes Bankole.

Attorney General Dana Nessel is showing us that she will be guided by the dictates of the law, not political expediency, in getting to the bottom of what really happened regarding the controversial nonprofit Make Your Date program that received preferential treatment under Detroit Mayor Mike Duggan’s administration. 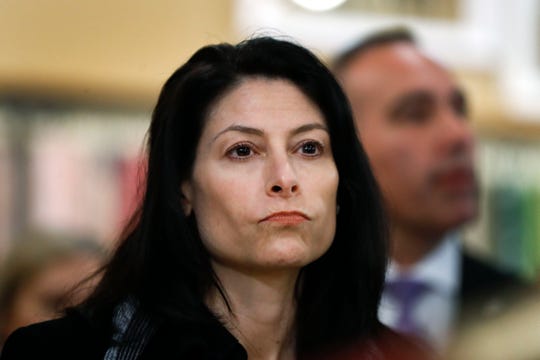 According to a search warrant obtained under a Freedom of Information Act request filed by political activist Robert Davis, Nessel’s office was looking for emails connected to Duggan himself, and his top aides about the highly problematic prenatal program that received extraordinary attention from the mayor.

Since the Office of the Inspector General’s report recently lambasted the mayor’s administration for deleting emails tied to the program, Duggan has arrogantly brushed off the report and acted like no rules were violated. The mayor not only sought to downplay the OIG report, but stated that those involved in the cover-up will simply undergo a document training. In Duggan’s world, that’s the end of the story.

Not so fast, according to Nessel, whose office is now seeking “any and all records, electronic records, electronic mail (email), physical items, documents, with electronic document attachments including photographs or videotapes…for any and all city of Detroit email accounts belonging to Michael Duggan, Alexis Wiley, Ryan Friedrichs, Sirene Abou-Chakra, Monique Phillips and Claire Huttenlocher between the dates of 1/01/2014 and 11/7/2019,” according the search warrant.

Duggan has landed in the crosshairs of the attorney general’s investigation. If emails from the mayor himself exist about the program it will give us a better understanding of how and why the Duggan administration made Make Your Date a top funding priority. Perhaps the Nessel probe could offer a more detailed and extensive finding than what the OIG report discovered.

Duggan’s administration has survived every scandal that has hit it so far. In Trumpian fashion, Duggan always tries to convey to the public that his administration’s scandals are overblown by the media and his band of critics who ignore the so-called recovery taking place in the city.

Duggan thinks the media should focus on what cheerleaders like JPMorgan Chase chairman and CEO Jamie Dimon think about him and ignore anything negative.

The mayor probably thinks he can ride out the email scandal, too. But Nessel will determine if any laws were broken.

“Democracy is based on public trust which demands transparency from those who govern and serve the public,” said Ellen Ha, the city’s Inspector General, in the wake of her findings regarding deleted Make Your Date emails. “Building trust takes great effort and time, while losing trust takes little in effort or time.”

Duggan is feared in Democratic politics for his penchant for vengeance and a vast political machine that extends across Wayne County.

At least Nessel, who is a remarkable breath of fresh air in our politics, is showing she is not afraid to put the searchlight on Duggan and his administration. Everyone invested in good governance should pay attention.