SC: Getting word out about ovarian cancer prevention

SC: Getting word out about ovarian cancer prevention 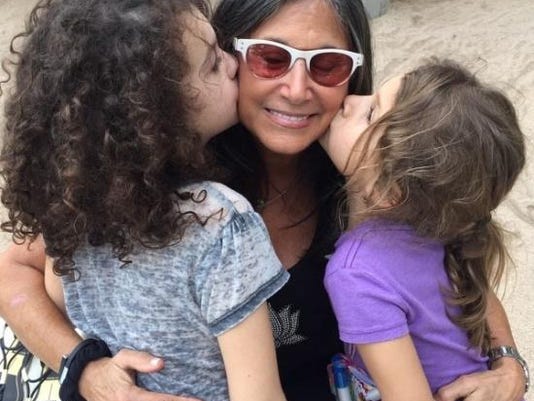 Getting the word out about ovarian cancer prevention

“The shocker is that my doctor told me had I been equipped with the right information — what the signs are, what preventative measures I could have taken — there is a 90 percent chance that I would have never had cancer,” she explained. “Imagine that. I only wish I knew then what I know now about these facts. That’s why it is crucial to get this information in the hands of all women.”

That being said, Shelley, along with daughter Jessica, sister-in-law Tracey, daughter-in-law Hilary and the Golden’s company, SEE, have set out through Crowdrise.com to raise $30,000 during the 30 days of September, which happens to be Ovarian Cancer Awareness Month. With just one week left, the Goldens are about $3,000 short of their goal. Also during the month of September, free pamphlets that spell out all the prevention facts for ovarian cancer will be available at the Golden’s SEE stores (there are five in Michigan and about 40 throughout the country).

“I always say, ‘I’m not a survivor, I’m a thriver,’ ” Shelley continues. “It doesn’t matter how much you contribute to this campaign. Every little bit helps. Together, we can do this.”

R&B crooner Johnny Gill will perform at a gala at Music Hall on Oct. 6 to benefit the Don Davis Legacy Foundation. Presented by the National Bankers Association, the event will be part of the organization’s 89th convention being held this year in Detroit from Oct. 5-7. Don Davis was a Grammy Award-winning record producer and banking mogul. After retiring from the music industry, he founded First Independence Bank in Michigan in 1970. He died after a short illness in 2014.

“I didn’t want to do a regular sit-down dinner party for this special occasion,” said Don’s widow, Kiko Davis. “I was looking for something that speaks more to my husband’s amazing life and music legacy. He and I both always loved Johnny Gill. I thought it would be perfect to have him perform.”

In addition to Gill’s performance, the evening will feature a VIP reception, a tribute and an awards presentation, with celebrity hosts Vivica A. Fox and Laz Alonso. Tickets range from $45 to $245 and are available on Ticketmaster.

Guests at the Seasoned Chefs Dinner event at C.A.Y.A. Smokehouse in Wolverine Lake on Wednesday night were amazed at how calm and collected the restaurant’s co-owner chef, Jeff Rose, remained throughout the entire evening. He frequently came out of the kitchen to the dining room to personally check on each of the more than 70 guests. Thing is, there were five other chefs in his kitchen, each preparing a course offered in this splendid seven-course, wine-paired feast.

“The excitement of the kitchen is exhilarating,” says Jeff. “Working with professional chefs makes it easy and fun.”