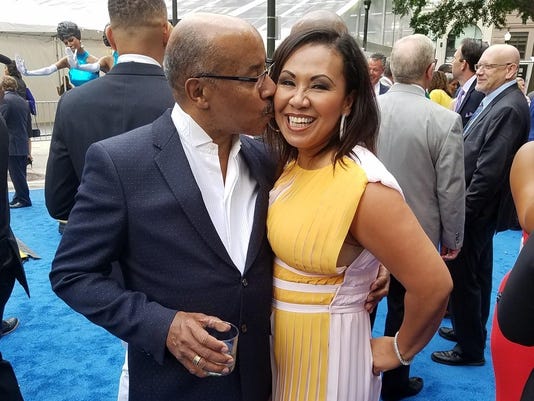 Some 300 people dressed in their finest cocktail attire converged under an elaborate tent erected in Capitol Park on Thursday to raise money for the expansion of the Motown Museum. Titled “A Motown Summer’s Night Dream,” party planners transformed the Lear Innovation Center into Motown Detroit, circa 1965. There was paparazzi and cocktails on the Motown Blue Carpet, a performance by the Four Tops under the clear-top tent, and a cool wind-down on the Cloud Nine Rooftop Cigar and Cognac Lounge.

Last year, the museum announced the expansion of its Grand Boulevard campus that would include interactive exhibits, recording studios, a theater, meeting spaces and a retail area. The 50,000-square-feet project would be built around the museum and the neighboring Hitsville U.S.A. house. Ford Motor Co. and UAW-Ford pledged a $6 million gift for the expansion, in addition to a most recent donation of $2 million from the William Davidson Foundation. Tickets were $500. 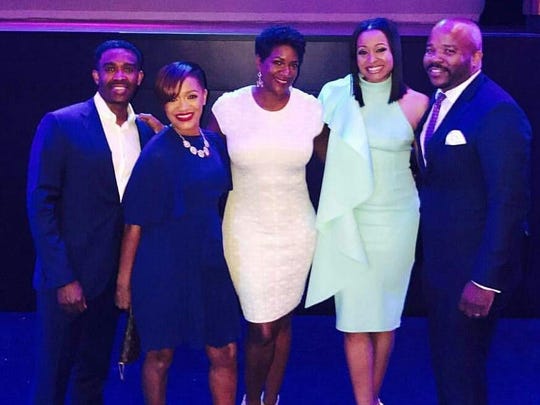 Auction fans were in heaven Friday night when Big Brothers Big Sisters presented The Great Big Auction at Motor City Casino. About 300 people came out to put in their bids for an array of super-cool auction packages created by community leaders who were named “auction warriors” for the evening.

In addition to the once-in-a-lifetime, experiential auction packages, the high-energy party also included great music, amazing food and cocktails. The event was sponsored by Hour Magazine and Fox 2 News’ Maurielle Lue was mistress of ceremonies. Rick Hampson, president of Citizens Bank, was event chair; Les Gold of American Jewelry and Loan was auctioneer and this columnist served as host.

“We’re so grateful for everyone who believes enough in the mission of Big Brothers Big Sisters to support this event, which has raised $125,000,” says Jeannine Gant, CEO of BBBS. “All of this is for the kids. It was an awesome night.”