Iconic auto designer Ed Welburn Jr. celebrated his father’s 100th birthday (Ed Welburn Sr.) last week with a couple lavish events in Lehigh Valley, Pennsylvania, where Welburn Jr. has a new home. Several Detroiters attended, and he and his longtime girlfriend, brand specialist Jessie Elliott, used the opportunity to announce that they had secretly married in April in Milan. “We had a beautiful, private ceremony at the Bulgari Hotel, where I gave Jessie a birthday party five years ago,” says Ed, pointing out that traditionally the Bulgari Hotel does not allow weddings but bent the rules for him because of his longtime relationship with Nicola Bulgari. Ed and Jessie will commute between Detroit and their new home in Pennsylvania. Congrats and best wishes.

Real estate agent/musician Vito Polizzi had a bit of a run-in recently with Lady Janes CEO Chad Johnson on a local golf course. While Chad was having fun with his kids playing football on the course, Vito and his friends were trying to play a round of golf – on the golf course. Instead of being reasonable about the situation, Chad began to shout scandalous profanities at Vito and threatened him repeatedly in front of the kids, Vito’s friends and anybody else who was in earshot.

Well, Vito shared his story via Facebook and it spread like wildfire – practically viral. But this story has a happy ending. Chad heard about Vito’s post and asked how they could resolve the situation. Vito posted the results: “I suggested a donation be made to two local charities, Ruth Ellis Center to benefit the LGBTQ community, and Turning Point Macomb to benefit women’s rights. Lady Jane’s agreed with my suggestion and is going to be donating $10,000 to each charity and in exchange, I would agree to remove my Facebook post about the altercation.” Nice gesture on Chad’s part, but we saw the post before Vito deleted it. Chad, really? 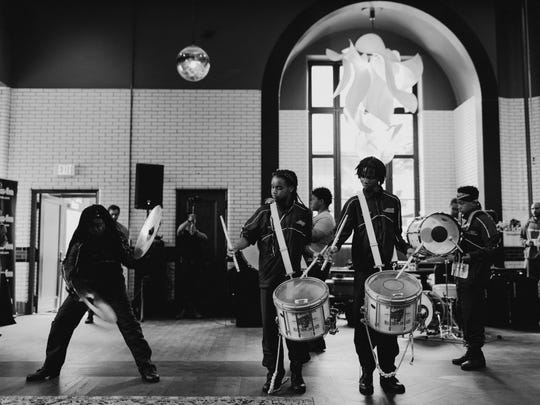 The Foundation Hotel celebrated its one-year anniversary with a major 10-hour bash on Sunday. It was free and open to the public. Some 700 folks showed up for the festivities, which included free food, complimentary Moet champagne, a cash bar and lots of other treats. Mason and Angie Starr from 105.9 did live appearances, and the Levey Middle School Drum Line put on amazing show.

Chuck Bennett is the creator of TheSocialMetro.com and hosts “Chuck’s World” from 4-5 p.m. Saturdays on 910AM Superstation.