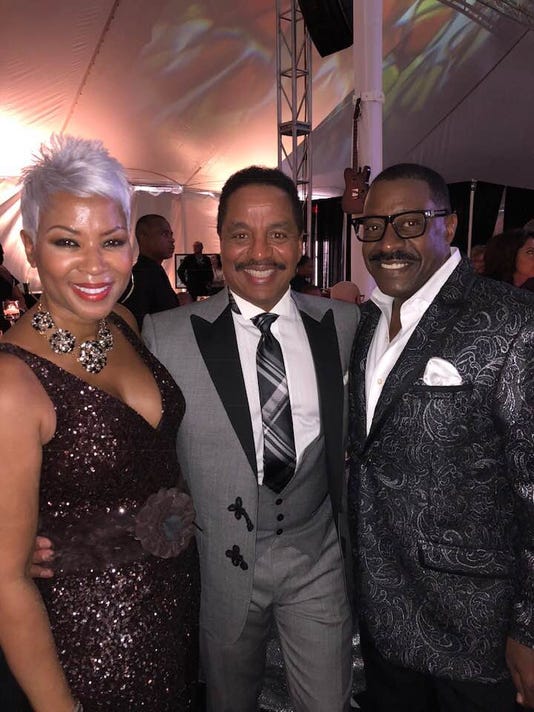 After months of tedious planning, the Music Hall’s Detroit Music Weekend kicked off on Friday with a lavish gala under a big-top tent erected adjacent to the historic theater. A sold-out crowd of nearly 300 people shelled out $1,000 each to attend the VIP opening party, which featured an outstanding fashion show produced by Ina Levinson from Saks Fifth Avenue, a delicious multicourse dinner from Andiamo, and some pretty impressive performances from local stars (such as Elijah J, Alise King, Beth), saluting the famous Jackson family and their iconic music. The remaining four Jackson 5 brothers were on hand – Jackie, Jermaine, Tito and Marlon – who ate, danced, and took photos with guests all night. For some, hanging with the Jacksons that night, tickled many childhood fantasies. “Marlon was my teenage crush,” admitted Ascension Health Vice President Janice Cosby.  There were some technical difficulties throughout the evening (and from what we hear, throughout the whole music weekend), but overall it was a fun event. More than $650,000 was raised for the festival the following day and Music Hall's Performing arts education.

For its seventh year, Burger Battle Detroit returns on Sunday at Eastern Market. What started as a customer/restaurant appreciation event held by Fairway Packing has quickly become one of the most highly anticipated events of the summer. There are 20 restaurants competing, offering what they consider to be the best burger in Detroit. Ticket holders get to sample all of the burgers. There is a cash bar, local merchants and vendors, yard games, music by DJ Tom T, and children under 5 are admitted free. The winner is determined by a panel of celebrity judges. All the beef comes from Fairway’s award-winning packing house. Some of the entries get kind of crazy. Last year, someone offered a burger with buns made of mac and cheese. Tickets are $15, general admission (just about sold out) and $30, VIP. Tickets are available at the door and online at Eventbrite. 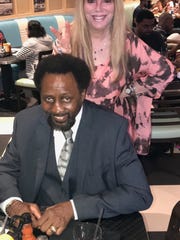 Hall of Fame boxing legend Tommy ‘Hitman’ Hearns and Jackie Kallen, known as the first lady of boxing, in conjunction with Ten Count Promotions, are bringing big-time boxing back to the Motor City on Saturday at the Atheneum Suite Hotel. Eight undefeated fighters will put their records on the line in the first “Boxing in the D” series to be presented by Hearns and Kallen.  Between each fight, the Detroit Dog Rescue will step into the ring and introduce fans to dogs up for adoption in the hopes that they will find new families. Ringside seats are $100, reserved seats are $55, and standing-room general admission tickets are $35. Tickets can be purchased at neptix.com  or at the door.

Chuck Bennett is the creator of TheSocialMetro.com and hosts “Chuck’s World” from 4-5 p.m. Saturdays on 910AM Superstation.