Countless heartwarming accolades were relayed to the 99-year-old philanthropist, citing his remarkable accomplishments. 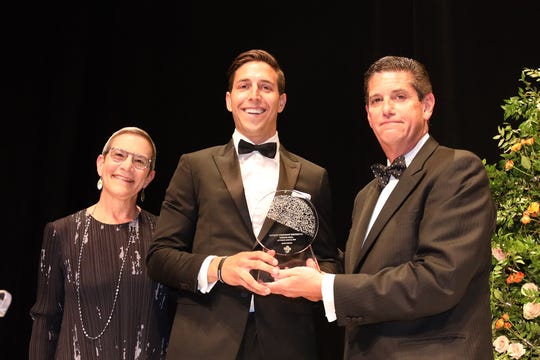 It was a perfectly delightful evening on Saturday when the Detroit Symphony Orchestra presented its ninth annual Heroes Gala at the Max and Marjorie Fisher Music Center. This year’s guest of honor, Mort Harris, was unable to attend, but was connected by live streaming throughout the room. Countless heartwarming accolades were relayed to the 99-year-old philanthropist, citing his remarkable accomplishments.

Gov. Gretchen Whitmer said, “I would like to personally recognize and thank Mort Harris, who is being honored here tonight, for his extensive contributions to the Detroit community. Harris was a bomber pilot in WWII, earning many awards, he founded several successful businesses in Metro Detroit, and he is a generous philanthropist, significantly supporting Wayne State University, Henry Ford Health System and the Detroit Symphony Orchestra.

The black-tie evening started with a red-carpet cocktail reception followed by a formal duo-entree dinner of beef tenderloin and seared grouper, impeccably prepared and served by Forte Belanger. After dinner and a few presentations, the 250 guests were ushered to Orchestra Hall for a wonderful concert by actor and singer Leslie Odom Jr. Odom performed with his own band backed by the Detroit Symphony Orchestra, led by the guest conductor, native Detroiter Damon Gupton.

After the show, there was a gala afterglow featuring dueling pianos, desserts, late night snacks and cocktails. Ticket levels ranged from $1,000 for a “gold” single reservation to $100,000 for a “diamond” reservation for a table of 10. The Heroes Gala honors the remarkable men and women who impact the vision, values, and success of the DSO. 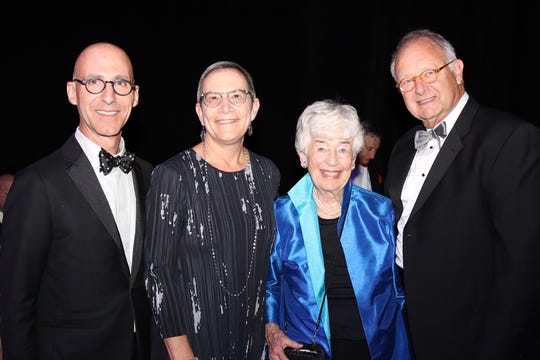 Proceeds from this year's event will support the DSO's commitment to transforming the lives of children and youth across our region through music education. The DSO’s Wu Family Academy for Learning and Engagement serves thousands of area youth each season through weekend youth ensemble training, educational concerts in Orchestra Hall, and in-school programming. This year, the Heroes Gala raised just over $1 million.

Chuck Bennett is the founder of TheSocialMetro.com.