“Not all knowledge comes from college,” says Mike Rowe of the TV show “Dirty Jobs” 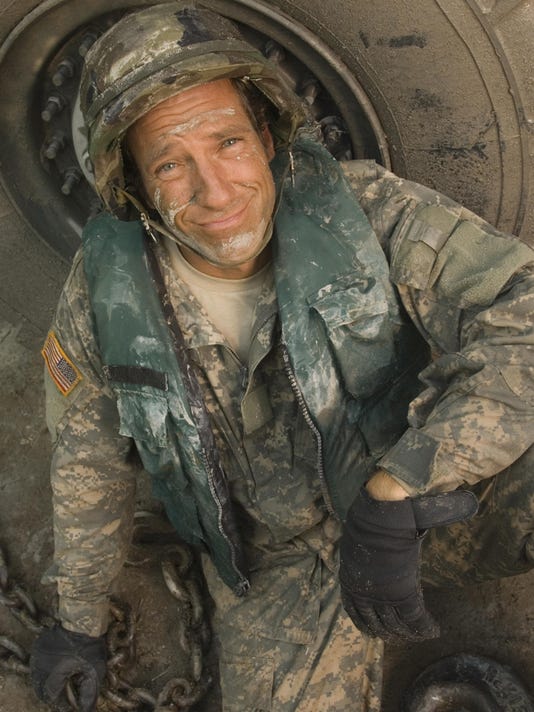 He’s done all kinds of jobs, from biting off sheep testicles to tramping through sewers. And he’s loved every minute of it.

Rowe has made a successful career out of being the eternal apprentice, following around workers who aren’t afraid to get their hands dirty. And given the popularity of his TV show “Dirty Jobs,” a lot of people enjoy seeing what it’s like cleaning up roadkill or painting the Mackinac Bridge.

But not as many people actually decide to do one these jobs. Rowe wants to change that.

The past six years, Rowe has transitioned from just being a celebrity to an advocate for the skilled trades through his organization mikeroweWORKS. And he’s passionate about getting young people to consider many of the careers he’s highlighted over the years.

“My hope is we will start to change the conversation about the definition of a good job,” says Rowe.

Rowe made an appearance at the Detroit Regional Chamber’s Mackinac Policy Conference on Wednesday to talk about the need to train more individuals for jobs in the trades, from tool and die to construction to health care.

He says his work with promoting the skilled trades really began when he noticed that unemployment was high nationally, yet he saw help wanted signs wherever he went for his show.

Rowe is partnering with Gov. Rick Snyder and Michigan’s new Talent Investment Agency to create videos targeted to middle and high school students, and another set of videos geared for even younger children. The idea is to get students thinking about a variety of careers from an early age.

“Closing the skills gap is not about creating opportunity,” Rowe says. “It’s about making sure that people understand all of the opportunities that currently exist.

In Michigan, 93,000 jobs are unfilled because employers can’t find workers with the skills to step into them. And this state isn’t alone in its skills gap. Rowe says millions of jobs are open around the country — many of which are in the skilled trades. These are good-paying jobs that don’t require much education beyond high school — at least not a four-year college diploma.

“I believe you guys can set the mark—a standard for the rest of the country,” Rowe says of Michigan’s efforts.

Rowe says too many young people in the U.S. aren’t encouraged to seek more hands-on careers and are told college is the only way. That’s a very different message than what other countries like South Korea, Switzerland and Germany tell their high school students. In those countries, the guilds and trades are held in high esteem.

And young people should not feel they are somehow cheating themselves if they chose a job in agriculture or manufacturing.

“We need to do something to stop demonizing a whole category of good jobs,” Rowe says. “Or the skills gap will get wider.”

Rowe wants to shift the conversation that downplays working hard and getting a little dirty at work. It’s very possible to work smart — and hard. And while some form of higher education is becoming increasingly essential, even for the trades, many of these jobs only require two years of college or a specific training program.

“Not all knowledge comes from college,” Rowe says.