Jacques: Due process is for professors, too

A University of Michigan sociology professor says she was denied any chance to defend herself against allegations brought by students.

Jacques: Due process is for professors, too

Students walk through the Diag in front of the Hatcher Graduate Library on the campus of the University of Michigan campus in June.(Photo: Max Ortiz, Detroit News)

Pamela Smock has learned first hand the importance of these two words: due process.

The University of Michigan sociology professor’s world has been turned upside down for the past two years, and that’s in large part, she says, because she was denied any chance to defend herself against allegations brought by three female students.

The fundamental constitutional right of due process is at the heart of a lawsuit she brought against her employer of more than two decades. Smock told me her story in detail in February, shortly after she filed a lawsuit against the university in federal court claiming UM violated her due process and free speech rights.

The graduate students filed harassment allegations against Smock in 2016, claiming inappropriate conversations with their professor and other behavior they reportedly found troubling. Smock was ultimately cleared by the university's Title IX office, which investigated the complaint, but the dean of the College of Literature, Science and the Arts still disciplined her.

Smock says her superiors at the university never gave her the chance to defend herself, and while she didn’t lose her job, she suffered sanctions that prevent her from doing a core part of her work — including advising and mentoring students.

This ruling comes at an important moment, as the courts and the U.S. Department of Education are taking a strong stand for the due process rights of accused students in Title IX-governed campus sexual assault investigations. Smock’s case is the first to clearly apply those same rights to faculty.

While it disappointed Smock’s attorney, David Nacht, that her First Amendment claims were dismissed, he’s pleased with the overall outcome. 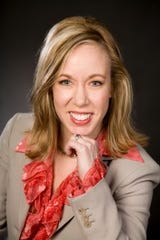 “The due process claim was always the heart of the case,” says Nacht, who works frequently with cases related to sexual assault on campus. “This is coming at a time when people are getting accused of all sorts of things casually. It’s creating a climate of fear, and it’s critically important to have a fair process.”

The judge in this case concurred. He cited a September decision out of the U.S. Sixth Circuit Court of Appeals that also originated from UM. In that case, Doe v. Baum, a student accused of sexual misconduct sued the university, claiming a process that violated his due process rights. The court agreed and said universities must allow some form of cross-examination in these investigations.

In the opinion related to Smock’s case, Tarnow wrote: The “plaintiff challenged the credibility of her accusers but was denied an opportunity to cross examine them. The Sixth Circuit very recently emphasized the importance of cross examination to university disciplinary proceedings. Plaintiff’s inability to challenge her accusers’ credibility was complete: their identities were undisclosed.”

Because of the broad implications of this case, due process advocates such as the Foundation for Individual Rights in Education are taking notice. Samantha Harris, vice president for procedural advocacy at FIRE, says the call for cross-examination was one of the most important elements in the decision.

KC Johnson, a professor of history at Brooklyn College, has closely followed Title IX and due process cases and he says Smock’s case is “precedent setting” because the judge applied the Baum decision to it.

“It that respect it’s a decision that deserves considerable amount of notice,” Johnson says.

UM spokesman Rick Fitzgerald sees the opinion differently. “Regarding the initial court ruling in this case — on a motion to dismiss — we see it as a ruling that is overwhelmingly in favor of the university. The court ruled that our policy is valid and it can be legitimately enforced without infringing on other constitutional rights.”

As the case moves forward, things are looking more optimistic for Smock. She’s back to work after being unable to because of emotional distress. And she’s set to teach two courses next semester.

“The whole point is we don’t want people silenced,” Nacht says. “This was a real victory for faculty due process rights.”