Jacques: Limit role of courtroom in the bedroom

Jacques: Limit role of courtroom in the bedroom

Young men on college campuses know how unjustly proceedings against them can go if they are accused of sexual misconduct. Same with Hollywood stars, politicians and businessmen, who have found themselves caught up in the #MeToo era — which has equated accusations of bad behavior with guilt. 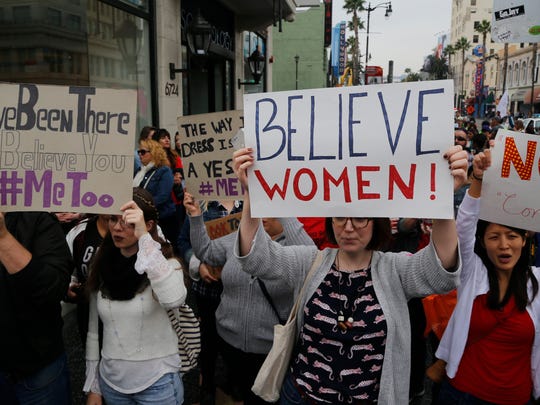 Participants march against sexual assault and harassment at the #MeToo March in the Hollywood section of Los Angeles on Nov. 12. (Photo: Damian Dovarganes, AP)

While due process in campus investigations is essential — and making a comeback thanks to Education Secretary Betsy DeVos and courts which have taken a stand for wrongfully accused students -- it is even more vital when it comes to criminal sexual assault cases.

More: Jacques: Due process is for professors, too

That’s why it was shocking the nation’s largest membership group of lawyers, the American Bar Association, considered supporting a measure that would have turned due process on its head in these cases.

The ABA’s House of Delegates put up a resolution that would have encouraged legislatures to “define consent in sexual assault cases as the assent of a person who is competent to give consent to engage in a specific act of sexual penetration, oral sex, or sexual contact.”

In other words, the resolution advocated what’s known as affirmative consent or “yes means yes.” This standard is already mandated by five states, including New York and California, on college campuses. But it would be a huge legal shift to apply affirmative consent to criminal cases — and one that clearly conflicts with constitutional protections, such as due process.

That’s because the burden to prove consent was offered every step of the way falls to the accused, rather than the prosecutor to prove beyond a reasonable doubt that consent wasn’t given.

The ABA’s resolution thankfully got formally tabled this week, following pushback by a preeminent enclave of top legal minds — the American Law Institute, which wrote a strongly worded letter against the affirmative consent standard and accused the ABA of misrepresenting the ALI’s position on the matter, among other concerns. In fact, in 2016, ALI members took a decisive vote against including affirmative consent in their model penal code. 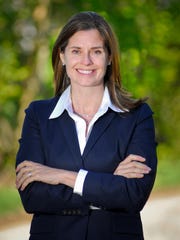 “It would turn our criminal law upside down,” she says of affirmative consent. Requiring the accused to prove consent is “not how we proceed with criminal law.”

McCormack, a Democrat, says maintaining due process and liberty in the courtroom are of the utmost importance, especially since those likely to pay the highest price in criminal cases are the poor and people of color.

KC Johnson, a professor of history at Brooklyn College who has researched campus sexual assault cases, concurs that passing the burden of proof to the defendant is “not how the criminal justice system is supposed to work.”

Johnson says moving to an affirmative consent standard would give prosecutors who are unable to prove sexual assault the ability to pressure plea bargains — even from accused individuals who haven’t committed a crime.

Affirmative consent is arbitrary, and in most cases there are no witnesses or video proof that consent took place, so proving it was given to a courtroom would be nearly impossible. Anyone who has had a sexual encounter can see the pitfalls to adopting such a legal standard.

The ABA’s resolution caught Johnson’s attention because of similarities he sees with campus assault investigations, which more frequently rely on affirmative consent.

“The campus system is flawed, and fundamentally unfair to the accused,” Johnson says. And he argues that importing anything from that framework to the criminal justice system is “beyond belief.”

But not beyond the realm of possibility. Affirmative consent advocates are not going away, and there are plenty of legislatures in liberal states that may very well believe applying affirmative consent to criminal law is a fine idea.

“Put me down as against sexual assault,” McCormack says. “But no one should be in prison without due process of law.”