Jacques: Could this be a school choice game changer?

The Espinoza case examines whether states are violating constitutional religious or equal protection clauses when they quash student-aid programs.

Jacques: Could this be a school choice game changer?

That’s because the U.S. Supreme Court will hear what many are calling a potential game changer for creating widespread parental choice across the country — even in Michigan, which has barred any form of public aid from reaching private schools for the past 50 years.

Oral arguments are expected in early 2020. The case, Espinoza v. Montana Department of Revenue, examines whether states are violating constitutional religious or equal protection clauses when they quash neutral student-aid programs that offer families the option of a religious school.

Kendra Espinoza is at the center of this case. She is a single mom who simply wanted to offer her two daughters a better education at a nearby Christian school. One of her daughters had suffered from bullying, and the youngest had struggled in her classes. Espinoz, and several other parents who are part of this case had counted on Montana’s new scholarship tax-credit program to help offset the school’s cost. 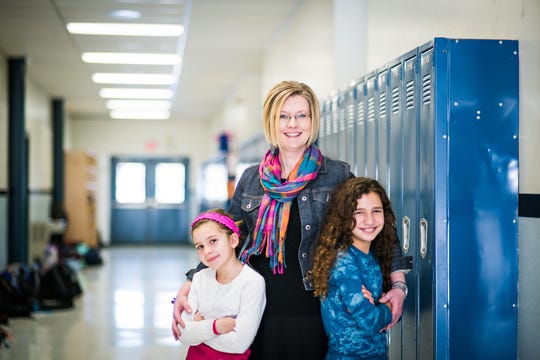 Attorneys with the Institute for Justice, which is representing the parents in this case, contend the Supreme Court in 2002 has already said that neutral school choice programs are permissible under the U.S. Constitution.

“The question now is whether the state can exclude such options,” the attorneys say. “As the parents argue, the Free Exercise, Establishment, and Equal Protection Clauses all demand that the government show neutrality — not hostility — toward religion in student-aid programs.”

In 2017, the Supreme Court ruled 7-2 in favor of a Missouri religious preschool’s right to benefit from state playground safety funding. And while that was a narrow ruling, choice supporters saw the decision as indicative of the court’s willingness to address the broader issue of allowing public dollars to follow students to private schools — even religious ones.

In fact, Justices Neil Gorsuch and Clarence Thomas, in their concurring opinion, openly signaled they wanted to extend the ruling.

At the heart of the Espinoza case are Blaine amendments, which 37 states have. These measures originated out of 19th century anti-Catholic bigotry, but have become the favorite weapon of teachers unions and other choice opponents for blocking private school choice programs. Michigan’s law effectively prevents all aid — direct or indirect — from reaching nonpublic schools. And while 26 states offer some form of private school options, Michigan cannot unless it revisits its constitutional amendment.

The Espinoza case could offer a lifeline, however, depending on how the justices come down in their ruling.

“Education results are tied to having the right fit,” says Jeanne Allen, founder and CEO of the Center for Education Reform. Her group has submitted an amicus brief, signed by 16 other choice supporters, in the case.

U.S. Education Secretary Betsy DeVos, who backed a failed voucher proposal in Michigan 20 years ago, is hopeful the court will "blot out" Blaine amendments.

“We hope the court will continue to guarantee our constitutional rights and freedoms when it considers a case about the ‘last acceptable prejudice,’” DeVos told the crowd at last month’s Mackinac Republican Leadership Conference. “I’m referring to the bigoted Blaine amendments that restrict the freedom of the family to decide the best educational environment for their children ‘simply because of what it is’ — a faith-based education."

“We should not have to choose between our faith and good schooling,” Kijewski says.

He also points to how minority students who attend Catholic schools boast much higher high school and college graduation rates. In cities like Detroit, where the public schools have long failed students, more quality options could offer families welcome alternatives.