It was a collection of ragamuffin teams, full of white guys, the brainstorm of an eastern sports entrepreneur. 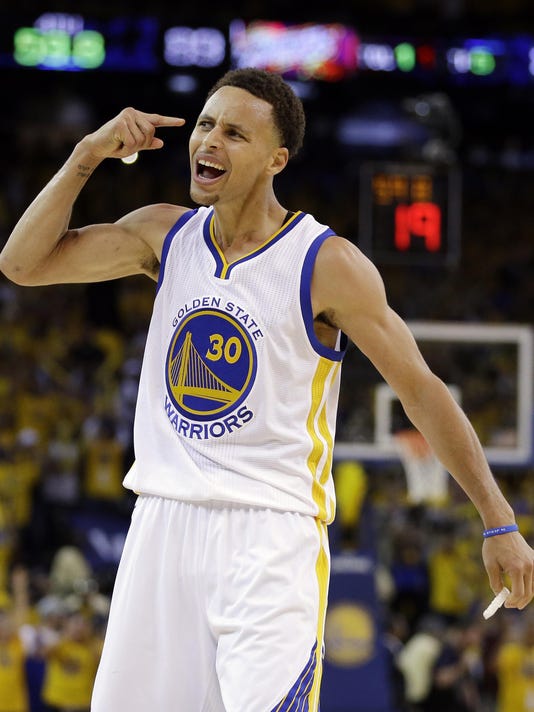 It was a collection of ragamuffin teams, full of white guys. The new league was the brainstorm of an eastern sports entrepreneur, Walter Brown — and his idea was to sell professional basketball to the American masses.

What a burlesque show this was going to be.

Brown and his fellow sports pioneers called their league the Basketball Association of America.

The concept was to play basketball in the hockey rinks that were empty most nights during the late fall and winter. Arenas such as the redbrick Olympia Stadium on Grand River in Detroit; Brown's own Boston Garden, home of his NHL Bruins; New York's Madison Square Garden and Chicago Stadium. Plus Philadelphia, Washington and other towns with available buildings. And Providence in Rhode Island.

And there was the practical notion of cashing in on the flow of bucks in sports-loving America right after victory in World War II.

The BAA, as it originated, would be a league of 11 teams in well-populated cities.

In the belief of Brown and league president Maurice Podoloff, the BAA would be a major league. It would operate in contrast to two smaller pro leagues in way stations such as Fort Wayne, Ind., and Sheboygan, Wis.

The new basketball league started up in 1946-47. The league had an instant star when it opened up. His name was Joe Fulks, a 6-foot-5 shot maker nicked named Jumping Joe.

Fulks was a deadeye with his jumper, often from way downtown.

He played for the Philadelphia Warriors — who were among the best teams in the new league. Visions remain of those Warriors — photographs of Fulks with the word PHILA emblazoned across his uniform shirt.

The Warriors would win the BAA's first championship; Fulks and his teammates breezed through the playoffs. They whipped the St. Louis Bombers, then the New York Knickerbockers and then the Chicago Stags, four victories to one in the first BAA finals.

Glancing back into a time machine, there is an historic touch in that spring of 1947 for pro basketball — and for the Warriors franchise

And the day before the Warriors started their victorious final series against the Stags, baseball created epic history.

Jackie Robinson made his major league debut with the Brooklyn Dodgers – April 15, 1947.

It would three more years before pro basketball signed its first black athlete, Chuck Cooper, out of Duquesne. Cooper was drafted by Boston Celtics, the team owned by the BAA's founder, Walter Brown. And it would be 3-1/2 years after Jackie Robinson that the late Detroiter Earl Lloyd became the first black player to appear in a pro basketball game.

Pro basketball, in the early years, was a dodge-'em trip. Some original franchises folded after one season The Detroit Falcons were a quick casualty. The Falcons went 20-40 their only season as a BAA original; Stan Maisek was their single star. They employed two coaches, Glenn Curtis and Detroit basketball legend Philip "Cincy" Sachs.

The Detroit team went out of business along with BAA originals, the Cleveland Rebels, Toronto Huskies and Pittsburgh Ironmen.

The first-year champions — the Philadelphia Warriors — would become a prize example of the sport's rootlessness.

The Philadelphia Warriors — as with so many pro basketball teams — morphed into a vagabond franchise. In 1959, the Warriors would be fortified by Wilt Chamberlain. Wilt would score 100 points one night playing for Philly — in Hershey, Pa.

Soon, the Warriors stripped off the word PHILA from their ancient uniforms and became the San Francisco Warriors in 1962. They wore the term "The City" on their shirts when they played in the dingy Cow Palace in San Francisco — the city by the bay in Tony Bennett's musical lore.

In 1971, the Warriors moved across San Francisco Bay to Oakland — and were renamed Golden State Warriors.

The old BAA of 1946-47 remains precious in my memory archives.

The new league would merge with the rival National Basketball League in 1949, and be renamed the National Basketball Association. The NBA would absorb former NBL teams such as the Sheboygan (Wis.) Red Skins, the Tri-Cities Blackhawks, the Anderson (Ind.) Duffey Packers, Waterloo (Iowa) Hawks, the Syracuse Nationals, Rochester Royals — and the Fort Wayne Zollner Pistons.

All the records of the BAA — Fulks' scoring records — would be absorbed into the NBA record book.

And even now, the Providence Steamrollers are included in the history of the NBA. They were precious in my formative years.

The Steamrollers played their BAA/NBA games in the Rhode Island Auditorium. Flash a Brown University student ID card and fish out a quarter. That produced my ticket to the Rollers' games. And that was how I started developing this mental history of pro basketball.

The wondrous Rollers were absorbed by the Celtics after three inglorious seasons. They won six games and lost 42 their second season. They won a whopping 12 their final season.

And among the vagabonds in this pro basketball adventure:

The Minneapolis Lakers jumped to Los Angeles. The Syracuse Nationals are now the Philadelphia 76ers. The Tri-Cities Blackhawks became the St. Louis Hawks and then the Atlanta Hawks. The Buffalo Braves became the San Antonio Clippers and then jumped to LA. The Seattle Supersonics became the Oklahoma City Thunder seven years ago.

And the Zollner Pistons in 1957 fled Fort Wayne for Detroit.

Long ago, Wilt Chamberlain published a two-part article in Sports Illustrated entitled: "My Life in a Bush League." Wilt knew.

One night the Pistons were to play the Warriors in Toledo. As home team, the Pistons were responsible for the transportation of both teams to the Toledo arena. The chartered bus rolled up to the Book-Cadillac Hotel in Detroit. Wilt came down the escalator and boarded the bus.

He stuffed his 7-foot 1-inch frame into a seat. It was a yellow school bus, perfect for kindergartners.

Now the once all-white pro basketball league no longer consists of ragamuffin teams. It is a hugely powerful and profitable enterprise, an integral part of sporting Americana.

And 68 seasons after the pro basketball league was founded on an entrepreneur's whim, Stephen Curry equals Joe Fulks.