In 2009, when GM was at the brink of bankruptcy and the nation faced economic recession, the hardworking men and women of the UAW stood up and made concessions in order to save their company. And it worked.

Today, GM is selling millions of vehicles and making billions of dollars in profit. The company has climbed back to a place of prominence, lifted by the labor of the women and men on the factory floor. However, while these union members stood up to share in the sacrifice when times were tough, GM has not been willing to stand up for them and fully share in the prosperity of the good times that workers were instrumental in creating. 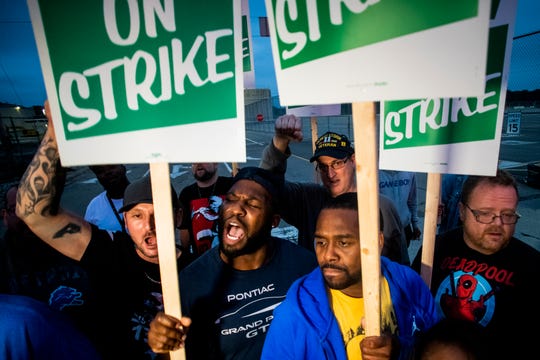 General Motors employees Bobby Caughel, left, and Flint resident James Crump, shout out as they protest, united in solidarity with other GM employees, UAW members and labor supporters outside of the Flint Assembly Plant on Monday, Sept. 16, 2019 in Flint, Mich. Thousands of members of the United Auto Workers walked off General Motors factory floors or set up picket lines early Monday as contract talks with the company deteriorated into a strike. (Jake May/The Flint Journal via AP) (Photo: Jake May, AP)

The issue at the heart of this strike is fairness. GM continues to rely on a two-tiered system where it pays “temporary” workers significantly less than permanent workers, even as they stand on the same line, working the same shift, doing the same job. Securing a path to permanent status and equal compensation for these temp workers is a key point in the on-going negotiations. Equally important, is the issue of being able to care for your family. In fighting for the ability of UAW-GM families to access affordable, quality health care without cost-prohibitive prescription drug prices, these workers are waging a fight for all workers in the country. Fair pay and affordable health care are not outrageous demands, they are merely the basics required to sustain a family.

While this is the largest private-sector strike in over a decade, it is just the latest in a series of collective actions taken by working people across the country to fight for a fair shot at the American dream. A larger worker movement is taking hold. Educators and government employees have rallied and marched on state capitals. Nurses, security guards, convenience store clerks and hotel employees have gone on strike to fight for fair working conditions. Members of the digital media, video game industry and the gig economy are organizing and unionizing to gain collective strength.

Frustration with the imbalance in the economic system has public support for unions at 64%, a near 50-year high, and it’s why nearly half of all workers who are not union members are eager to join a union. 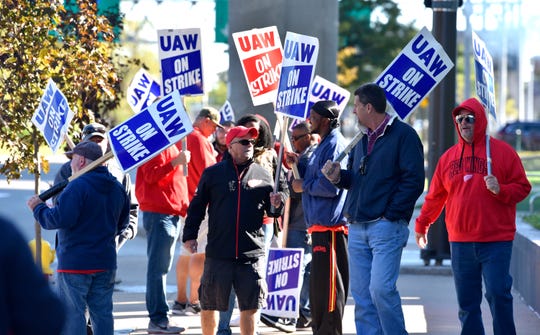 UAW members picket in front of GM's headquarters at the Renaissance Center on Friday. (Photo: Todd McInturf, The Detroit News)

The working people in Michigan are standing with our UAW brothers and sisters in this fight. As they stand up for all of us, we stand with them. That is why members of other unions are grabbing signs and joining the picket lines. Neighbors are showing their support by honking their horns and dropping off supplies at union halls. Local businesses are bringing food to the picket lines in support because they understand that we all rise or fall together.

We will continue to stand in solidarity with our UAW brothers and sisters. We know that when they win their fight for fair pay and affordable health care that it will be a victory for all working families. Together, we can build an America with a sustainable economy that works for all of us. One day longer, one day stronger.