As ex-Lion Erik Kramer remains in a coma, his friend Eric Hipple sees himself — and tries to guide others to safety 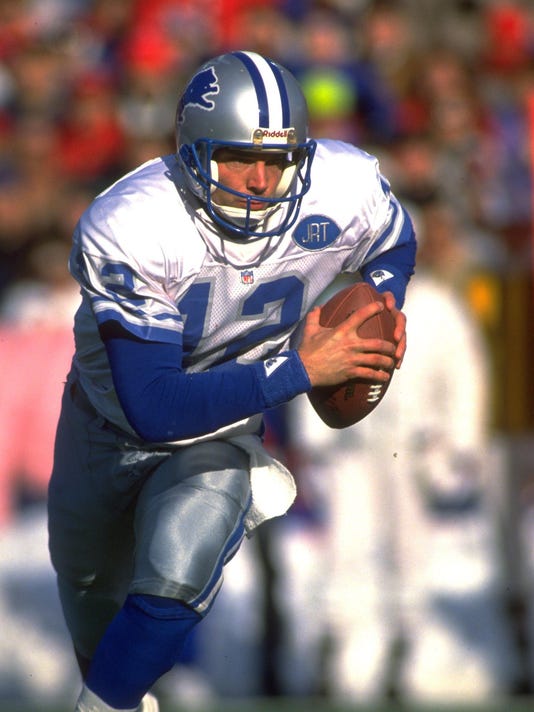 Maybe there was brain damage, one last keepsake from Erik Kramer’s football career.

His ex-wife thinks so. Eric Hipple isn’t sure, because that’s one thing they never talked about.

They’re friends, says Hipple, who’s also a former Detroit Lions quarterback. They traded texts a few weeks ago and spoke a few weeks before that.

Then last week, alone with his demons and a handgun in a hotel room in California, Kramer shot himself in the head.

As Kramer lingers in a medically induced coma, Hipple can’t help but reflect on all the things they have in common — and wish that Kramer had opened up just a little more.

He wishes that everyone in pain would open up more, because help is available if you know enough to ask.

Hipple, 57, works as an outreach specialist for After the Impact, a residential program of the Eisenhower Center in Ann Arbor that focuses on veterans and former athletes. His field, which for so long was football, has become dealing with depression and its ultimate expression.

He spent the 1980s with the Lions. Later, he spent 58 days in jail for drunk driving, endured the suicide of his 15-year-old son, and threw himself from a van on a freeway in an impulsive attempt to end it all.

Kramer, 50, also lost a teenage son, to heroin in 2011. He and his high school sweetheart, Marshawn Linville-Kramer, divorced the year before that. His father died recently under hospice care.

Ultimately, he gave up.

Too many blows to his soul? Too many to the head?

“I will pay a football player to sack you for a week and a week only,” she said. “And then let’s test your brain.”

All Hipple knows on that score is that he’s feeling strong.

“Erik never complained about that,” he says — but within the fraternity of football, few do.

“You don’t go around comparing,” he says, because it’s understood that everybody hurts. The only questions involve what aches most and how you cope with it, if you can.

Putting on a good face

There were residual effects from the loss of Kramer’s son, Hipple says: “There always are.”

Finances weren’t an issue, he says. Kramer played for the Lions from 1991-93, remained in the NFL through 1999, did some broadcasting and invested well.

Kramer even recognized that he had issues, to an extent.

“I can’t go into it specifically,” Hipple says, but asking for help is only one part of the process.

Marshawn confirmed that Kramer was sometimes clinically depressed. Hipple says uncertainty can be as damaging as the symptoms — the not knowing why you feel so empty.

“Eric is a great guy,” he says. “He particularly likes to please,” which means he also hates to disappoint.

“With that mindset,” Hipple says, “you put on a good face. You don’t let people see the other side until oftentimes, it’s too late.”

Now people who wouldn’t have recognized Kramer’s name last month are analyzing his actions as though they know him.

Hipple wants them to recognize that he’s a good man, a menace only to himself even at the worst of times.

More universally, he wants to remind people that depression is treatable, and that treatment takes time and understanding.

“Transitions are complicated,” says Hipple, who is also affiliated with the University of Michigan Depression Center.

When someone has retired from the NFL or served in Iraq or been laid off by an auto parts supplier, “you can’t just check off boxes and say, ‘OK, we talked to them, it’s taken care of.’”

Life is hard. Emotions are unpredictable. Minds and brains are fragile.

Now, for his friend, he can only hope and wait. And for everyone else, again and again, he can only say to ask for help and to accept it.

When a gunshot echoes in a lonely hotel room, the sound spreads farther than you could imagine.