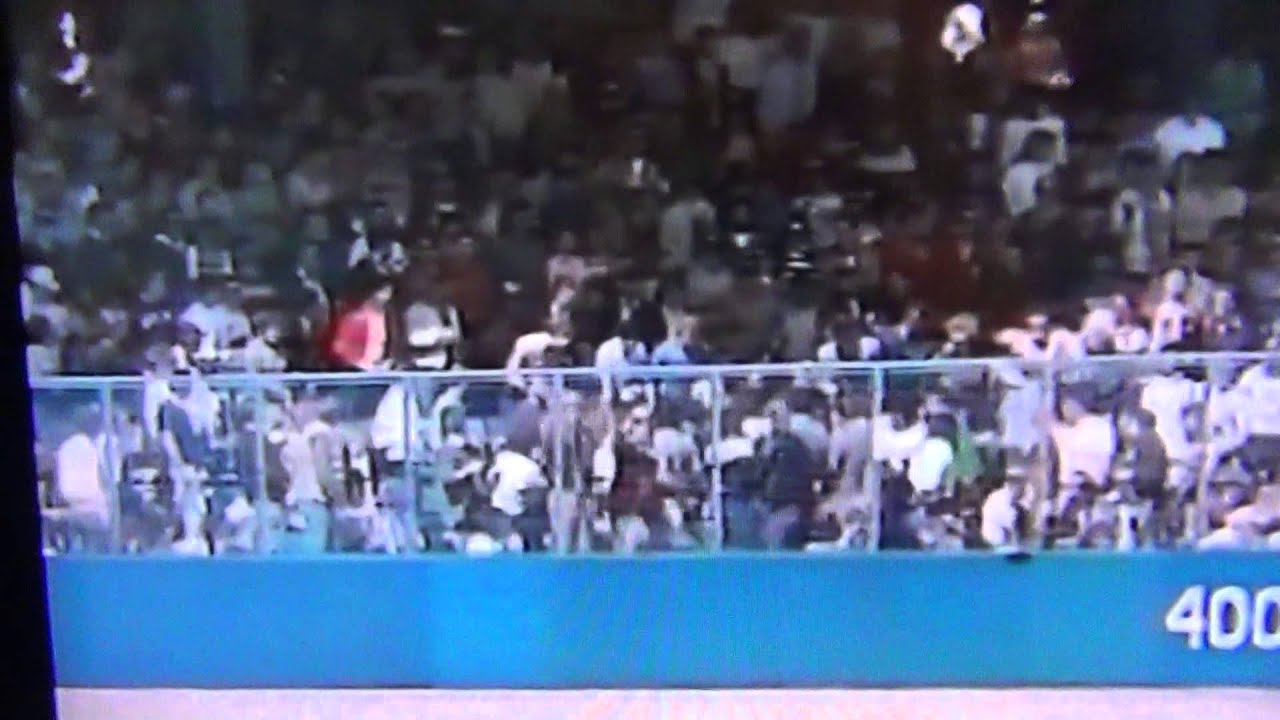 It’s even more amazing when they all simultaneously shut up.

That’s my enduring memory of Opening Day, the blessed harbinger of springtime and rebirth and steamed hot dogs and all the other good stuff to follow.

Not the wins or losses. Not the sunshine on the warm days or the sleet on the bitter ones.

From 30 years and one day ago, I recall the confused silence. One pitch at Tiger Stadium, one historic swing, one record that can be tied but never broken — and what the heck do we do now?

Through what the Tigers called a quirk in the schedule, the game wasn’t just the first for Detroit. To the sputtering outrage of the deputy mayor of Cincinnati, where baseball traditionally begins, it was the first game of the entire baseball season.

And lined the ball into the seats in left-center, 400 feet away. Home run.

In memory, the entire ballpark fell silent. In replay, it was more of a murmur. In an instant, the decibel level fell from cacaphony to concern ... Did that just happen?

Yes. Boston 1, Detroit 0, and the season was all of four seconds old.

But other things happened that day, too – including a Tigers victory.

Among the many odd things about that game is that it started 28 minutes ahead of the opener in Cincinnati.

As the oldest franchise in baseball, in the only city that treats Opening Day with the reverence and passion of Detroit, the Reds historically get to play first. Deputy Mayor J. Kenneth Blackwell was so irate that he suggested fans in Cincinnati turn their watches back an hour, so they could at least pretend to lead off.

What that all meant to posterity is that Evans’ shot became the only home run ever smacked to launch a season.

Oddly, Evans had dreamed two weeks earlier about a first-pitch home run. He was so confident the dream would come true that he predicted the hit — and lied to his batting coach.

According to Red Sox historian Gordon Edes, Coach Walt Hriniak didn’t like Evans to think about longballs for fear of messing up his swing.

“What are you going to do?” he asked, and Evans responded, “I’m going to line a base hit to right-center.”

But Evans was expecting a fastball from Morris, and he had plans for it. On his way to the plate, he told the on-desk hitter, “I’m going to take him deep on the first pitch.”

The passing of decades can play with perceptions, but box scores stand firm. This one, for instance, says that Detroit right fielder Kirk Gibson — who threw out the first pitch in the 2016 opener Friday — had a huge game, with two homers and five runs batted in.

Morris gave up three other homers and all five Boston runs in seven innings, but earned the win in a 6-5 victory.

He’s not in the Hall of Fame with Boggs, though many believe he belongs. He had more wins in the 1980s than any other American Leaguer.

Evans isn’t in the Hall, either, though many believe he belongs. He had more home runs in the 1980s than any other American Leaguer.

The Tigers had won the World Series in 1984. The Red Sox went on to lose it, famously, in 1986, after first baseman Bill Buckner let a grounder trickle through his legs in the sixth of seven games.

Buckner made the second out in the ninth inning of the opener. Willie Hernandez was pitching for the Tigers.

Hernandez earned the save one batter later, striking out Hall of Famer Jim Rice to end the game.

Was it as loud a roar as the one to start the game?

Probably not. But it definitely lasted longer.