Finley writes: "For the next 22 months, Democrats will be consumed with trying to get smoke out of the pop gun that is Mueller's report."

Democrats, devastated that the president of the United States did not collude or conspire with the Russians to steal the 2016 election, are vowing to press on with their witch-hunt until they see Donald Trump burning at the stake. 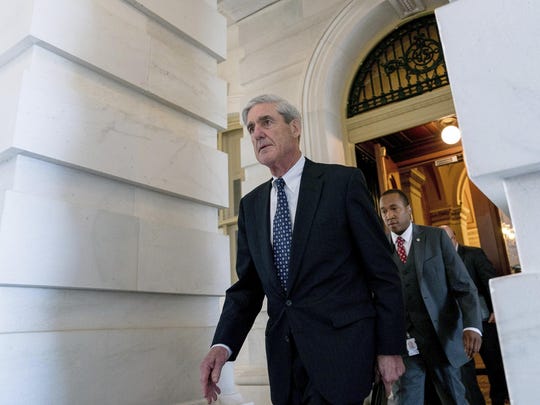 For the next 22 months, Democrats will be consumed with trying to get smoke out of the pop gun that is Robert Mueller's report. (Photo: Andrew Harnik / AP)

Setting aside Special Prosecutor Robert Mueller's exoneration of the president on the collusion allegations and his failure to produce enough evidence to support obstruction of justice charges, the Democratic-controlled House intends to continue investigations of the Trump White House by every committee that can claim the slightest jurisdiction.

For the next 22 months, Democrats will be consumed with trying to get smoke out of the pop gun that is Mueller's report.

But they should be careful. That railroad has tracks running in both directions.

Sen. Lindsey Graham, R-South Carolina, began the Republican counteroffensive Monday by announcing he believes a second special prosecutor is warranted to investigate the shady beginnings of the collusion probe.

Justice Department Inspector General Michael Horowitz has for several months been probing possible abuse of the Foreign Intelligence Surveillance Act by the Department of Justice and FBI to jump-start the probe of Trump and his 2016 campaign team.

The FISA warrants enabled the wiretapping of campaign staff, and were justified by the infamous and unsubstantiated dossier assembled by ex-British Intelligence Officer Christopher Steele. Steele was paid by the political research firm GPS Fusion to work with the Russians to find dirt on Trump.

GPS Fusion, in turn, was paid by a law firm working for the Hillary Clinton campaign, which provided through back channels $5.6 million for the service.

In a legal deposition, Steele described the work as "an insurance policy" to be used to challenge the validity of the election should Clinton lose.

The dossier was widely leaked to the media, and found its way to the Justice Department via a Fusion employee, Nellie Ohr, whose husband Bruce works for the DOJ.

When it was taken to the FISA court, Steele's connections to the Clinton campaign weren't disclosed, nor were DOJ's own assessment that the document was unverified and likely not credible.

The eagerness of the FBI to run with the half-baked allegations was made clear from the extensive emails of agents Lisa Page and Peter Strzok, who wanted their own insurance policy against a Trump victory, and the congressional testimony of former FBI Deputy Director Andrew McCabe.

Mueller's appointment as special prosecutor was made necessary by McCabe's extreme anti-Trump bias.

For two years, rumors and DOJ leaks, breathlessly and uncritically repeated by the media, have had Americans waiting for "the walls to close in" on Trump and his family. Democrats, disappointed by the outcome of Mueller's exhaustive investigation, will keep trying to force them together.

But now, the more promising route to a smoking gun is the compelling evidence that a politicized Obama Justice Department colluded with the Clinton campaign and a compliant press to subvert the results of a presidential election.