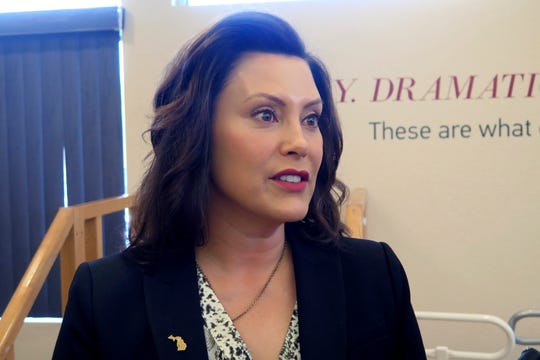 Mackinac Island — For the first time in eight years, policy makers and policy influencers are arriving here for the Detroit Regional Chamber’s annual conference without the predictability that came with one-party rule in Lansing.

During the tenure of Gov. Rick Snyder, who enjoyed a Republican-controlled Legislature throughout his two terms, a pro-business approach to governing was assumed in Lansing. Business asked, and it was given. The conference came and went with little drama.

The dynamics have shifted under a divided power structure of Democratic Gov. Gretchen Whitmer and a Republican House and Senate, and no one seems sure how much. The mood does, however, tilt toward optimism.

“Given that it is such a change, I’d have to say, ‘So far, so good,’” says Doug Rothwell, chief executive of Business Leaders for Michigan. “On the key issues of taxes and regulation, we haven’t seen anything to cause alarm.”

Not alarm, but at least a hint of concern about whether Whitmer and legislative leaders will hold to the fiscal discipline and good government practices that created a business-friendly climate in Michigan.

They’ve already fallen off track on the budget. Snyder liked to have an annual spending blueprint completed, or nearly so, before decamping to the island for the policy conference. This year, the process of negotiating a budget has only just started. The worry is Lansing will return to the Granholm-era routine of brinksmanship deal-making to get a budget done right on the October deadline.

Whitmer has also issued threats to veto legislation passed by lawmakers on roads funding and abortion.

“The rhetoric coming from both sides about the desire to work together is positive,” says Sandy Baruah, chief executive of the Detroit Regional Chamber. “We’ll be watching to see if their actions unfold just as positively.”

The House and Senate passed no-fault insurance reform with little consultation with the governor’s office, going to the negotiating table only after the veto threat was delivered. They reached an agreement on insurance Friday, after Quicken Loans founder Dan Gilbert threatened to intervene with a ballot initiative. 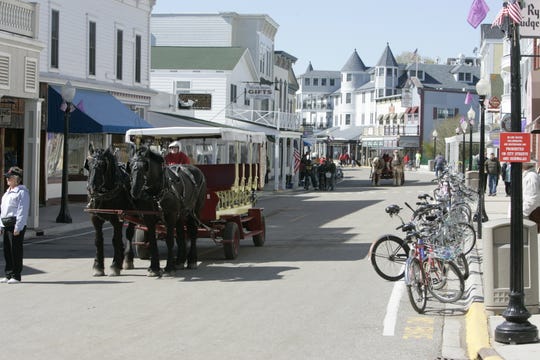 On abortion, lawmakers knew the governor wouldn’t sign the bill they passed, and now a citizen’s initiative is planned to go around her.

Those early confrontations are not conducive to a spirit of cooperation.

“Hopefully, this is just a first-year learning thing, and not taking us back to the bad, old days,” Baruah says.

The reality that business faces a less certain environment in Lansing drove the conference planning. Considerable attention has been paid to including the entire state in the discussions this week, and to make unity gestures such as adding labor leaders to discussions of education.

“Any legislation that passes now is going to have to have bipartisan support. It’s tougher to do, but it lasts longer. This conference is designed to bring people together to make the tough decisions about Michigan’s future.”

The two early issues that will test Lansing’s bipartisan will are road funding and no-fault auto insurance reform, which are expected to dominate the off the agenda conversations this week.

“But after that, we will have to turn quickly to education,” Poppe says. “That’s the long play for Michigan. We can’t compete globally without world class schools.”

That’s one thing that hasn’t changed much. Snyder, too, believed education should be the top priority. But despite having a GOP Legislature, couldn’t get transformative reforms adopted.

Business leaders hope to avoid the sort of dysfunction in Lansing that has ruined Washington. They’ll be working this week to push past the personnel changes in the Capitol to keep pushing Michigan ahead.