Rocket Mortgage is to become a major sponsor of PAL to expand the youth group beyond sports, and into STEM programs and reach more kids in Detroit

Quicken Loans is deploying its 17,000 member Detroit workforce to help the Police Athletic League expand its services to city children well beyond sports, an effort it hopes will eventually boost its own diversity and inclusion efforts.

In an initiative to be announced Wednesday, Quicken's Rocket Mortgage arm will become a major sponsor of PAL, the 50-year-old volunteer youth organization associated with the Detroit Police Department.

While the financial commitment is not being disclosed, both PAL and Quicken describe it as "substantial." 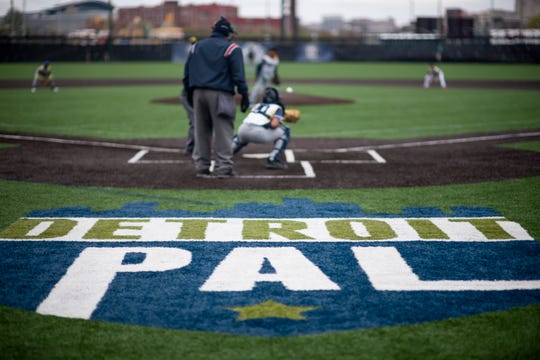 FILE - The 11U Detroit Rangers and the YMCA Tigers hold a Police Athletic League scrimmage at The Corner Ballpark in Detroit. (Photo: David Guralnick, The Detroit News)

"It's a game changer for us," says Robert Jamerson, CEO of Detroit PAL. "We can build out our programs with volunteers and financial support to allow us to focus on the things we know can make a big difference."

That starts with sports, of course. But Jamerson says PAL is moving beyond athletics to STEM (science, technology, engineering and mathematics) programs, including robotics and computer training, as well as financial literacy for children and their parents.

Jay Farner, CEO of Quicken Loans, says the partnership also will include job training for PAL participants and their parents, as well as internships with the Quicken family of companies.

"This is right on track with everything we’re doing to focus on the entire city, on the needs of the whole city," Farner says. "As we mentor PAL kids, there will be a natural connection with our hiring efforts, and we hope to see them signing up for internships and interviews, and moving into jobs. It becomes a virtuous cycle."

PAL currently serves 15,000 children, mostly in Detroit, with 2,600 volunteers. The Quicken partnership is expected to vastly expand the number of volunteers, allowing PAL to add depth to its programming.

Quicken has donated $200 million to nonprofits in Detroit, and its employees have spent 350,000 volunteer hours in the city.

"We get 80 to 90 percent of our team members to participate," Farner says. "Nothing energizes our team more than spending that time with youth and being able to mentor them. That’s the stuff that really lights our people up."

PAL is making a big push to recruit girls through its Girls Changing the Game program. It is also offering parenting support to families with young children.

"People think of PAL as just being about sports," Jamerson says. "We're so much more. We serve as a hub not just for youth but for families."

Jamerson is seeking a presence for PAL with institutions throughout the city. It's volunteers are already teaching computer skills to 4,500 students in Detroit schools.

"The real work is being willing to get into every crevice of the city and being able to make a difference," Jamerson says.